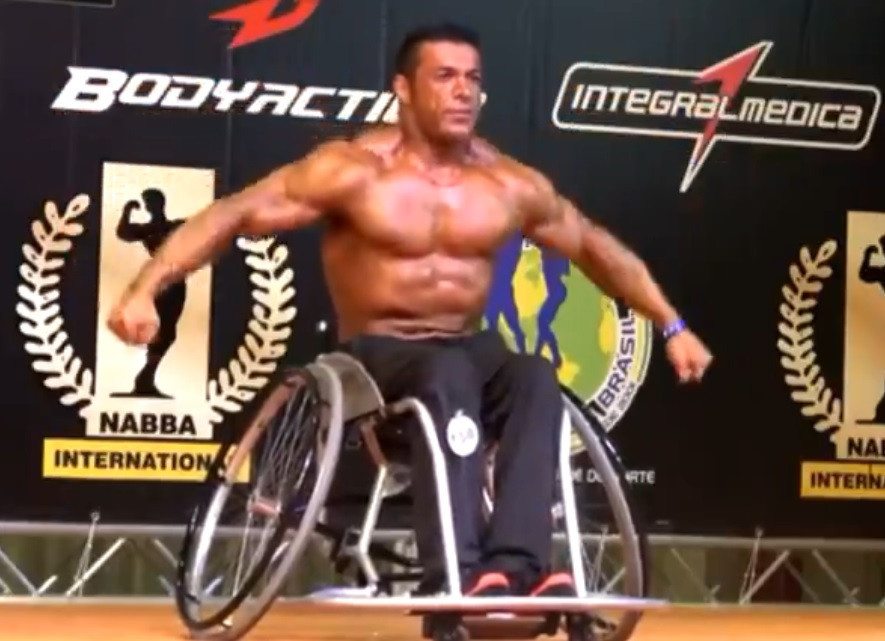 Fears for the safety of disabled Iranian bodybuilder Reza Tabrizi have been growing since he was arrested for social media comments criticising Government policy in dealing with the COVID-19 pandemic.

Iranian dissident and women’s rights campaigner Masih Alinejad has called for international action to assist Tabrizi, who was arrested in the North Eastern Iranian city of Mashhad.

Alinejad tweeted: "Certain religious officials in the Islamic Republic are asking for the execution of the disabled athlete Reza Tabrizi for simply questioning their coronavirus measures.

"His life is in danger.

"Our campaign #United4Navid asking for your attention."

Tabrizi had questioned why gymnasiums had been closed but religious centres including the Imam Reza shrine in the city were permitted to remain open and described the decision as "hypocritical."

Cleric Morteza Mustafazadeh branded Tabrizi’s words a "threatening insult" and has called for the death penalty to be imposed.

"The IPC is aware of the case involving Reza Tabrizi and has been in contact with NPC Iran over the matter in order to seek greater clarity as currently the facts are scarce and in some cases inconsistent or inaccurate," said an IPC spokesman.

"Neither the IPC or NPC Iran have any record of Mr Tabrizi having participated in the Paralympic Games or any recognised Para sport event.

"It appears from the information we have so far that he participates in bodybuilding, a sport with no association to the Paralympic Movement.

"We continue to seek further information on this matter and hope, as we would any case, that the principles of human rights prevail."

Dear @Paralympics & @paraAthletics. Certain religious officials in the Islamic Republic are asking for the execution of the disabled athlete, #RezaTabrizi for simply questioning their coronavirus measures
His life is in danger
Our campaign #United4Navid asking for your attention pic.twitter.com/psAONsuGTc

Crowds had gathered outside the gymnasium where Tabrizi works and appeared to tear down signs.

Others are reported to have shouted "death to Macron’s stooge" in a reference to the French President Emmanuel Macron’s comments when a French teacher was killed last month after showing his class caricatures from the satirical magazine Charlie Hebdo.

The Fars News Agency in Iran reported that: "While protesting against the closure of sports clubs, he unfortunately insulted the Imams.

"His action was met with sharp reactions from users, and this afternoon a group of people from Mashhad gathered in front of his club following this insult.

"Following these protests, the person was arrested by the police with the order of the prosecutor, and the investigation against him continues."

It has been reported that Tabrizi has issued the following apology for his original comments.

"I apologise to all my friends and fans and hereby state that the love of our religious saints runs in the blood of my family and if as a result of a moment of negligence I have hurt your feelings I do sincerely apologise and ask for your forgiveness."

Some prominent Iranian lawyers have suggested that Tabrizi’s apology indicates that no insult was intended.

Mohammad Hossein Aghasi told the Iranwire website: "He did not intentionally insult the Imams.

"The judge must handle this case in good faith to prevent anything untoward from happening."

Aghasi said many others had been critical of Government policy on dealing with the virus.

Al Jazeera reported this week that over 40,000 have now died from the virus in the country.