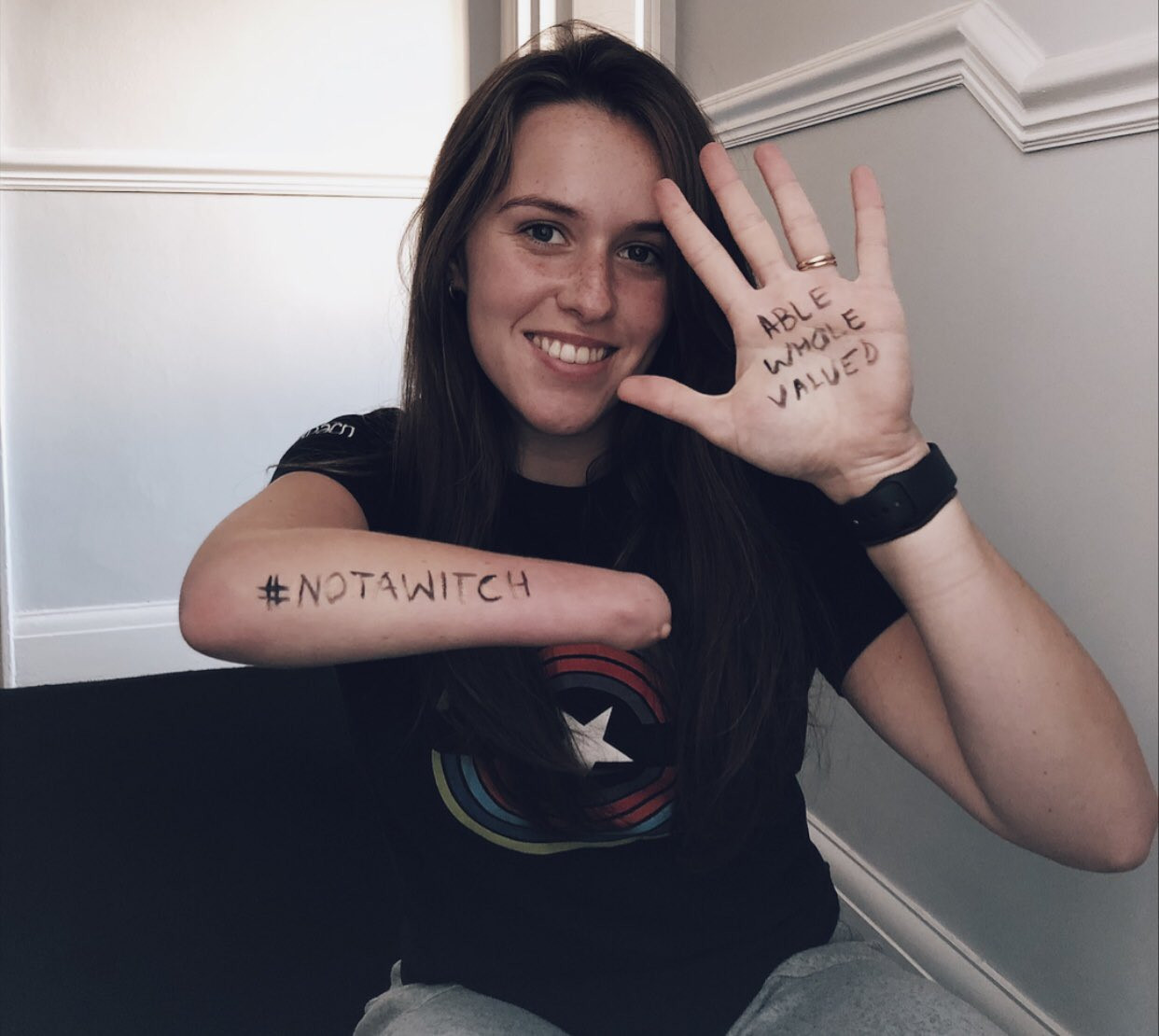 Para-athletes have criticised the release of film The Witches by starting a campaign highlighting what they claim is a negative portrayal of disability.

The Warner Bros movie starring actresses Anne Hathaway and Octavia Spencer has been accused of using limb deficiencies as a negative trait.

Now, Para-athletes like Britain's swimming star Amy Marren have used the hashtag #NotAWitch in response to the traits of the witches in the remake of the 1990 classic.

Both films are based on the 1983 children's novel of the same name, written by Roald Dahl.

The story has previously been criticised for its portrayal of women.

Trailers for the 2020 version included a tutorial on "how to Identify witches", which highlighted claws and a lack of toes as characteristics.

Marren was one of the first to cause a stir on social media, stating her concerns over how disabled people could be viewed for having limb deficiencies.

@WarnerBrosUK was there much thought given as to how this representation of limb differences would effect the limb difference community?! @ReachCharity @RoaldFull pic.twitter.com/kiTEAuYt7i

"My fear is that children will watch this film, unaware that it massively exaggerates the Roald Dahl original and that limbs differences begin to be feared," said Marren.

Para-triathlon world champion Claire Cashmore said that promotional images for the film recalled hurtful comments made to her as a child about her arm being "scary".

"Seeing this picture from the The Witches film made me very confused/upset," said Cashmore on Instagram.

"We want disabilities to to be normalised and be represented in a positive light rather than being associated with being a scary, evil, witch.

"I really don't believe that @warnerbrosuk would have wanted to upset or cause offence but I think maybe a few more discussions should have been had."

As a mother to a young child with a hand difference & board trustee for @ReachCharity I am deeply saddened by the depiction & subsequent stigma of upper limb difference that will be reinforced by @wbpictures new release #TheWitches this was not how #roalddahl defined it ? pic.twitter.com/rirZJv9WZj

Comedian and television presenter Alex Brooker, who also has limb impairments, retweeted a post that expressed disappointment at the descriptions used in the film, with the original book showing the witches having claws rather than fingernails.

There is no suggestion that the original source material shows the witches with only three fingers.

Brooker is a popular television figure in the United Kingdom as a part of Channel 4's current affairs and comedy show The Last Leg, where he stars alongside Australian amputee comedian Adam Hills.