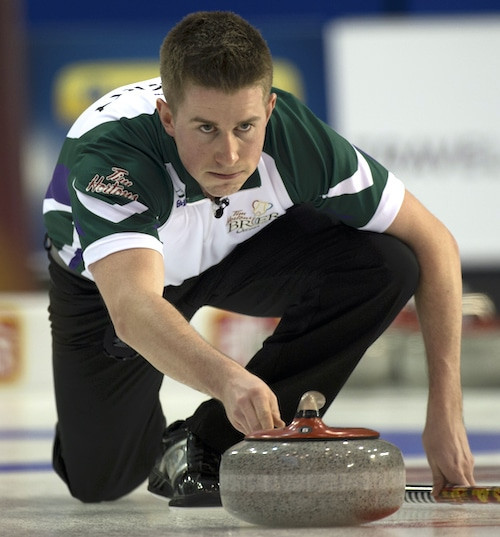 With competitions put on ice due to the COVID-19 pandemic, Canadian curler Robbie Doherty has made the most of his time away from the rink by creating his own children's television show.

A Canadian mixed champion, the 32-year-old spent his time under social restrictions well, with his programme, Silly Robbie's World, now airing on EastlinkTV in Atlantic Canada.

"Everything just kind of fell into place. It’s a really positive show, with a good message," said Doherty.

"We try to deal with real issues that kids face, and to find the right message to send to kids."

Along with his Grand Slam of Curling colleague, Jesse Wachter, Doherty produced 13 episodes that feature stories, crafts and a positive message for youngsters.

"We all have different talents, and you are who you are for a reason," he added.

"Some people are tall, some are short.

"Either way, you should feel good about yourself.

"I learned that from Mister Rogers when I was a kid.

"I just read his biography, and his messaging really connected with me, and what we’re trying to do."

Mister Rogers was a popular kids television presenter, with his series Mister Rogers' Neighborhood running for pre-school children from 1968 until 2001, two years before his death.

In 2019, a film based around Mister Rogers was released called A Beautiful Day in the Neighborhood starring Tom Hanks.

Doherty has a strong background in entertainment having worked as a cast member in the Anne of Green Gables theatre adaptation and performed musically in bars as a singer, guitarist and accordion player.

"I was tired of that scene," added Doherty.

"I didn’t want to play the same songs at a bar again and again.

"Those 2am nights at the pubs weren’t doing it for me anymore.

"So I approached my friend, and bandmate Rob [Reid], and told him I wanted to do a kids album and I wanted him to produce it."

They released several songs in October 2019 before he started performing for children up until the pandemic.

From there, he and Wachter - an accomplished filmmaker who recently completed a documentary about the United States' shock Olympic gold medal in curling at Pyeongchang 2018 - created his show.

Asking their close friends and family to be part of the production and creating puppets, the team wrapped three months of shooting last week.

"In sports media, we’re used to being at the mercy of what happens on the ice, or on the field of play," said Wachter.

"With this project, we had such a great group of people who really committed to the project from the beginning, so we could control the message.

"Every episode, we wanted to teach kids good values and important lessons."