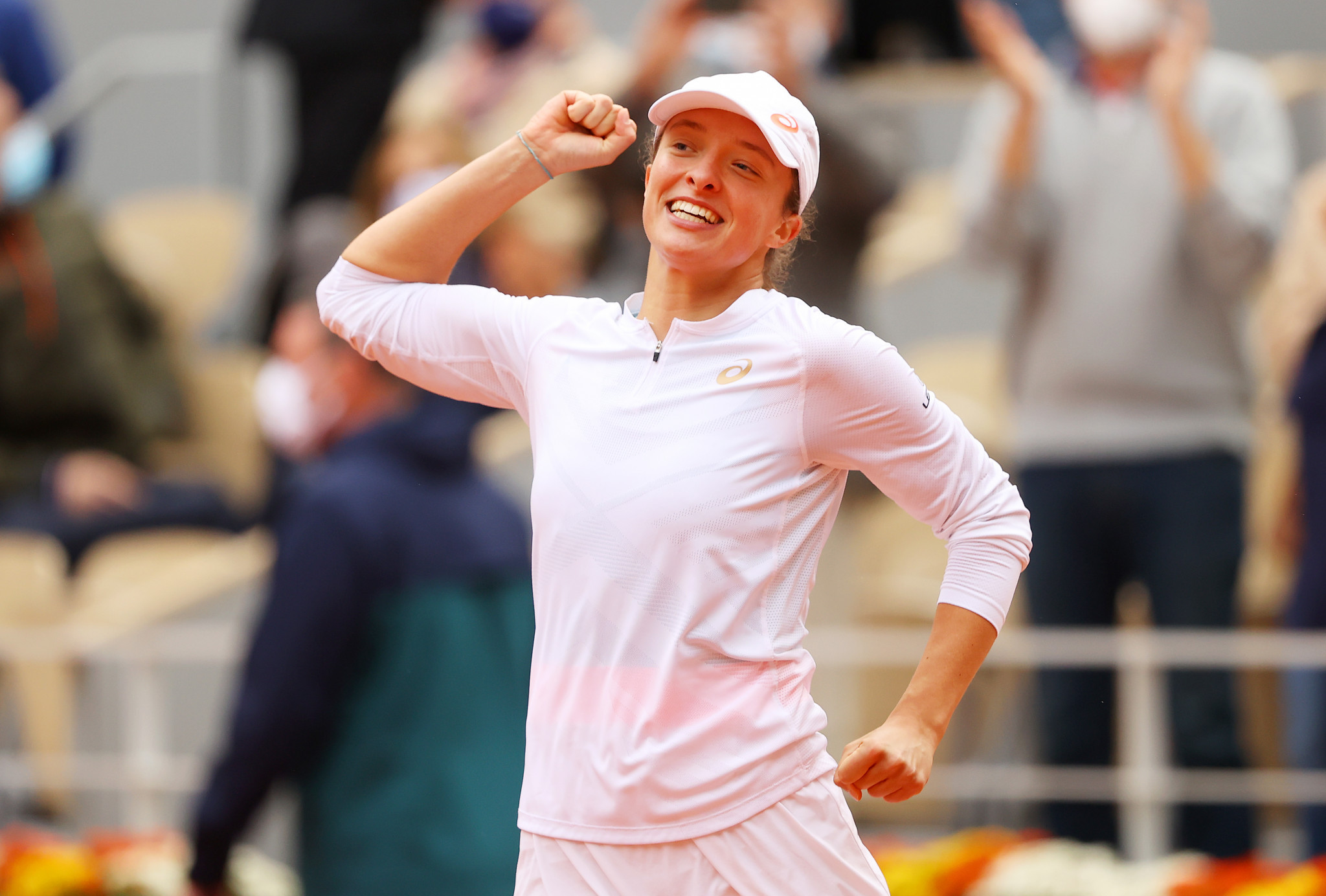 The talented 19-year-old failed to lose more than four games in any set in the tournament and ruthlessly dispatched Kenin of the United States, winning 6-4, 6-1.

Kenin, the Australian Open champion, had no answers to the teenager, who dominated for much of the match to secure a memorable victory on the showpiece Court Philippe Chatrier.

Świątek is also the sixth unseeded player in the open era to win a Grand Slam, following in the footsteps of Sloane Stephens, Jeļena Ostapenko, Kim Clijsters, Serena Williams and Chris O'Neil.

The Pole had lost just 23 games and had not dropped a set heading into the final and quickly converted her first break point, with Kenin sending a backhand long.

Świątek dominated the opening exchanges and burst into a 3-0 lead before Kenin started to find her feet and put pressure on her opponent.

After winning the fourth game, Kenin broke back following a Świątek doubled fault and then drew level at 3-3 as the momentum began to turn in the American’s favour.

Świątek came under pressure again in the seventh game but managed to hold firm to regain the lead before breaking Kenin in the next.

A superb cross-court forehand winner saw Kenin stave off one break point before an unreturnable serve saved another.

But, at the third time of asking, Świątek broke Kenin’s resistance as the American netted a forehand to move 5-3 in front.

Świątek then had a set point but slapped a backhand into the net before Kenin cut the deficit to 5-4.

The teenager managed to hold her nerve and seized her next opportunity to take the set as Kenin pulled a backhand wide.

Kenin responded in the second set by breaking in the opening gamem but Świątek broke back immediately with a fine backhand winner down the line and did not look back.

After five successive breaks of serve, Świątek held to lead 2-1 and remain on course for her first major title.

Kenin then went off for a medical timeout as she struggled with a thigh issue - and Świątek showed no mercy when her opponent returned to court.

Świątek broke in the fourth game as Kenin pushed a backhand wide before forging 5-1 ahead as she moved closer to the title.

The Polish teenager then converted her first Championship point with a sublime cross-court forehand winner.

Świątek is the first woman since Justine Henin in 2007 to win at Roland Garros without dropping a set, and the first Grand Slam winner born in 2001.

Kenin, 21, had been attempting to become the first winner of two women's singles Grand Slam titles in the same calendar year since 2016.