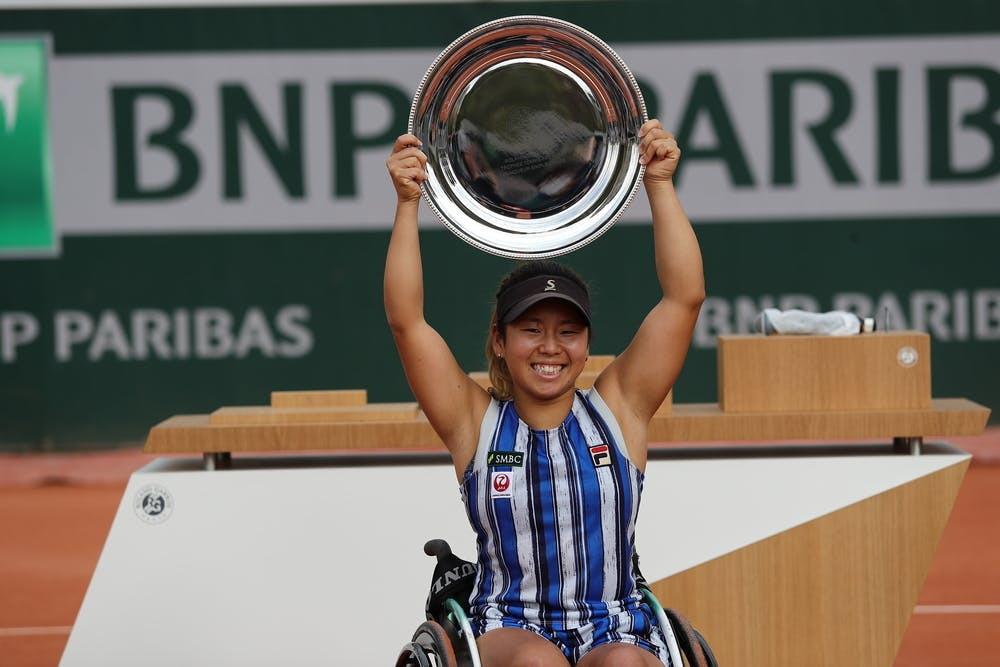 Japan's Yui Kamiji had a perfect day as she wrapped up the women's wheelchair singles title at the French Open in straight sets against her compatriot Momoko Ohtani.

Ohtani was a surprise finalist, having beaten Dutch number one seed Diede de Groot in the last round, but could not overcome Kamiji, who had won seven Grand Slam singles crowns previously.

Kamiji, the second seed, triumphed 6-2, 6-1 to win her a fourth women's singles title at the French Open.

Kamiji was back in doubles action later in the day in Paris, teaming up with long-term partner Jordanne Whiley of Britain in the women's wheelchair doubles semi-finals.

The favoured pair soundly thumped Marjolein Buis of The Netherlands and Charlotte Famin of France by a score of 6-0, 6-1 to progress to the final.

They will meet the number one seeds De Groot and Van Koot, who got over their earlier singles defeats to beat Ohtani and Kgothatso Montjane of South Africa 6-3, 6-4.

The unseeded pairing were no pushovers after defeating the top seeds Stéphane Houdet and Nicolas Peifer of France in the opening round, but did not have enough to defeat the British pair.

They then teamed up for the doubles final versus Britain's Andy Lapthorne and Dylan Alcott of Australia - and were victorious.