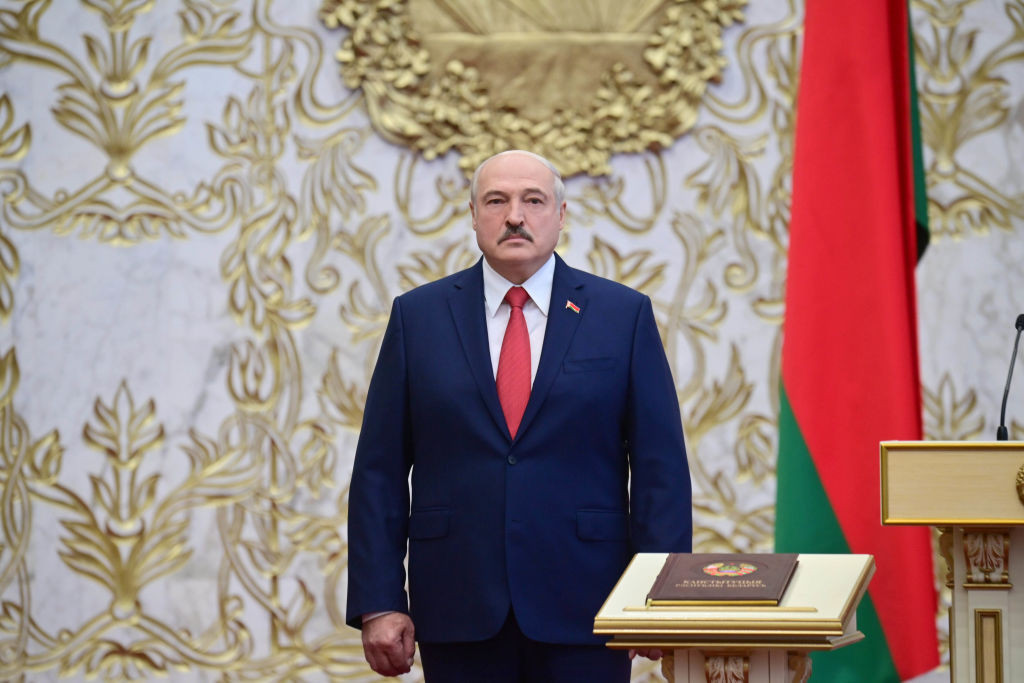 The IOC is investigating the accusations levelled at the National Olympic Committee of the Republic of Belarus (NOCRB), which is led by Lukashenko, including claims athletes have been tortured, beaten and arrested for protesting or criticising the President's regime.

Belarus has been warned it could face sanctions, including a ban on the country's flag at the postponed Tokyo 2020 Olympic Games next year, if the investigation finds the NOCRB is in breach of the Olympic Charter.

IOC President Thomas Bach said the IOC was "very concerned" about the allegations but promised the organisation would protect athletes even if the NOCRB has infringed the Charter.

The WPA, which says it represents around 85,000 athletes globally through more than 100 player associations, said it was time for "actions and not just words".

"In Belarus, we have a situation where the President of the country and his son are in charge of the National Olympic Committee, which is under the direct authority of the IOC, but they are using the apparatus as a weapon to further their own political agenda against outspoken athletes," WPA executive director Brendan Schwab said.

"The IOC must join with these courageous and principled Belarusian athletes in actions and not just words to ensure that human rights and sport are protected."

.@BrendanSchwab (2/2): “The @iocmedia must join with these courageous and principled Belarusian athletes in actions and not just words to ensure that human rights and sport are protected”

In a letter sent to the IOC and seen by insidethegames, a group of Belarusian athletes, including Olympic medallists, alleged "many athletes have been tortured, beaten and arrested" for expressing views and protesting against Lukashenko since his disputed re-election on August 9, which has triggered mass protests across the country.

The Free Association of Athletes of Belarus group criticised the NOCRB and called on the IOC to investigate the allegations, suspend its payments to the NOCRB and help athletes "who have suffered from illegal reprisals to participate in sporting events under the auspices of the IOC in case they have been unfairly suspended from such events by the NOC of Belarus".

Athletes across Belarus have called on the IOC to suspend the NOCRB's membership in the wake of the discrimination claims.

"Those who disagree with the authorities' policies and the use of force are subject to various forms of psychological violence and discrimination in sporting activities by state authorities, including the NOC and the Ministry of Sport of Belarus: dismissals, suspension from competition, banning national teams, constant psychological pressure and other forms of personal violence," the group wrote.

"The NOC, designed to carry the ideas of Olympism in the country, has become an accomplice of disenfranchisement and discrimination and is headed by people, primarily responsible for what is happening now in Belarus.

"Such leadership and inaction by the NOC compromises the spirit of Olympism and the implementation of the ideas and objectives of the Olympic Charter in Belarus.

"We believe the IOC cannot ignore this situation and should extend a helping hand to sportsmen and all people of good will in Belarus."