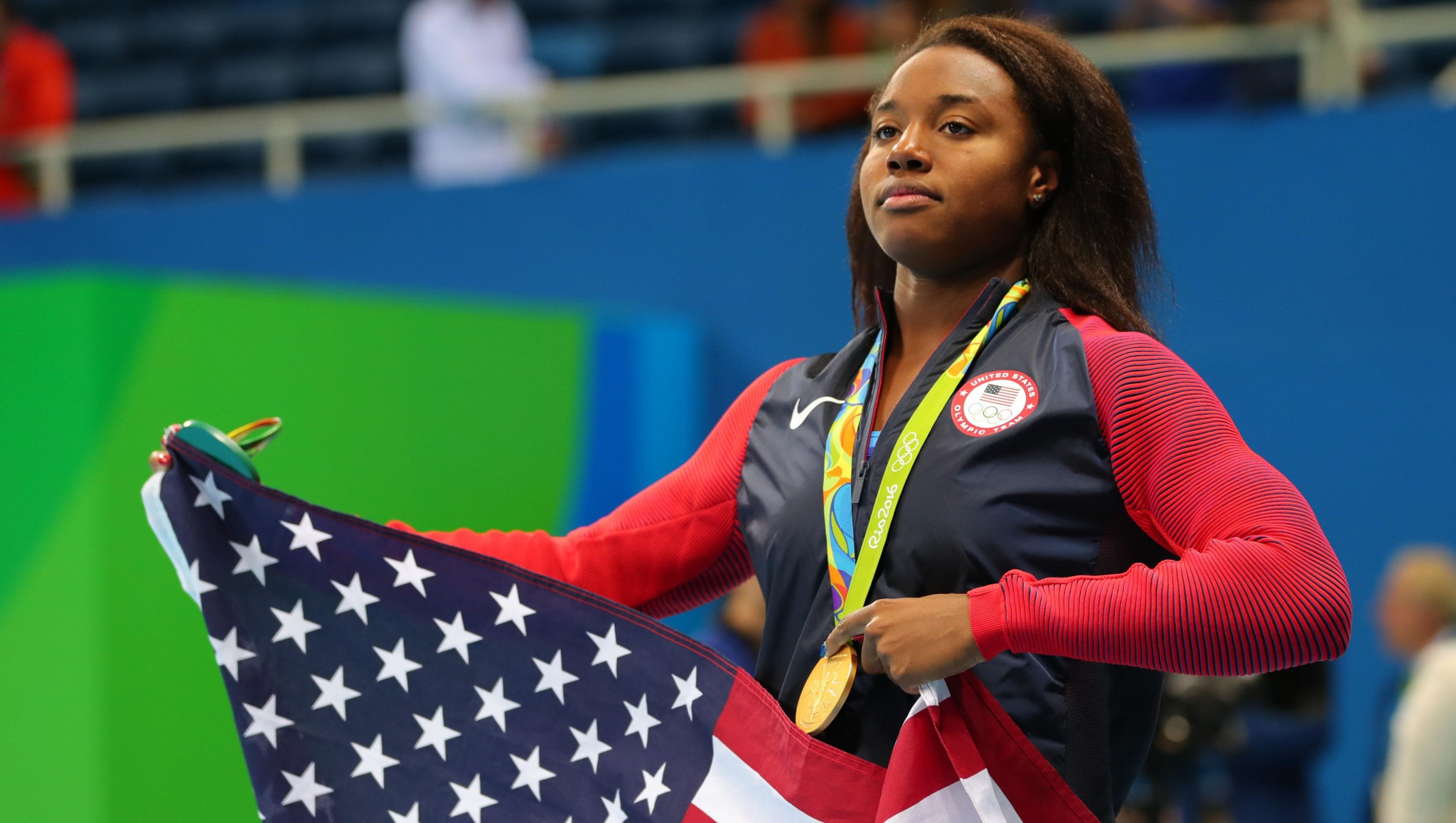 Simone Manuel, who became the first African-American woman to win an individual Olympic gold medal in swimming at Rio 2016, has revealed that racism almost cause her to give up the sport as a youngster.

"I had a time when I wanted to quit," she said on a webinar organised by the U.S. Olympic and Paralympic Foundation entitled Race, Sport & Social Change: Learning with Team USA.

"I didn’t feel it was the sport for me, because I didn’t feel that I fitted in but also I knew that I was being treated differently because of the colour of my skin."

The 24-year-old from Sugar Land in Texas, who topped the podium at Rio in the 4x100 metres medley and the 100ms freestyle, after dead-heating with Canada’s Penny Oleksiak, recalled how she had felt alone and bewildered during club practice sessions because of the attitude of her fellow swimmers.

"When I was younger on my club team no one would talk to me at practice," Manuel said.

"I was the only black individual in the group.

"You go through a whole two-hour practice having an event happen and wondering, 'What do I do?'

"No one wanted to be my dry-land partner, swimmers would pass up a chance to get into my lane at practice.

"And so I felt like that behaviour was rooted in racism.

Manuel described how she would come home after the sessions and describe what had happened to her to her parents and family.

"I think it is important to leverage that support system that is an ally to you, genuinely validates your feelings, because what’s extremely important being a minority or being the only one is having someone validate you and not tell you: 'No, what you’re thinking isn’t racist, it’s not crazy, it’s not injustice.'

"I have been on amazing teams that at the end of the day just have a positive team culture.

"They are committed to caring for each and every one of their team mates, because they know that that creates success not only for them but for the entire team.

"But on the other hand I have been a part of groups and organisations that haven’t been the most inviting or accessible and that is something I just have to face as a minority in a predominantly white sport."

4 years ago today. I hope these words ring louder than they did before. Inequality, injustice, stereotypes, racism, any form of OPPRESSION HALTS PROGRESSION. When given equal opportunity, anything is possible. https://t.co/JsebbyErcI

Manuel, who has also amassed 11 World Championship gold medals, added: "I’ve been able to use my social media to speak about my platform, and in interviews.

"Recently I haven’t been able to compete and possibly have a name on a swim cap, but whenever the time comes I’ll make the decision that is authentic to me and one that I can stand by 100 per cent.

"But for the time being I am doing what I can to educate others through my social media or interviews or webinars like this to share my story and the stories of others to hopefully make change."