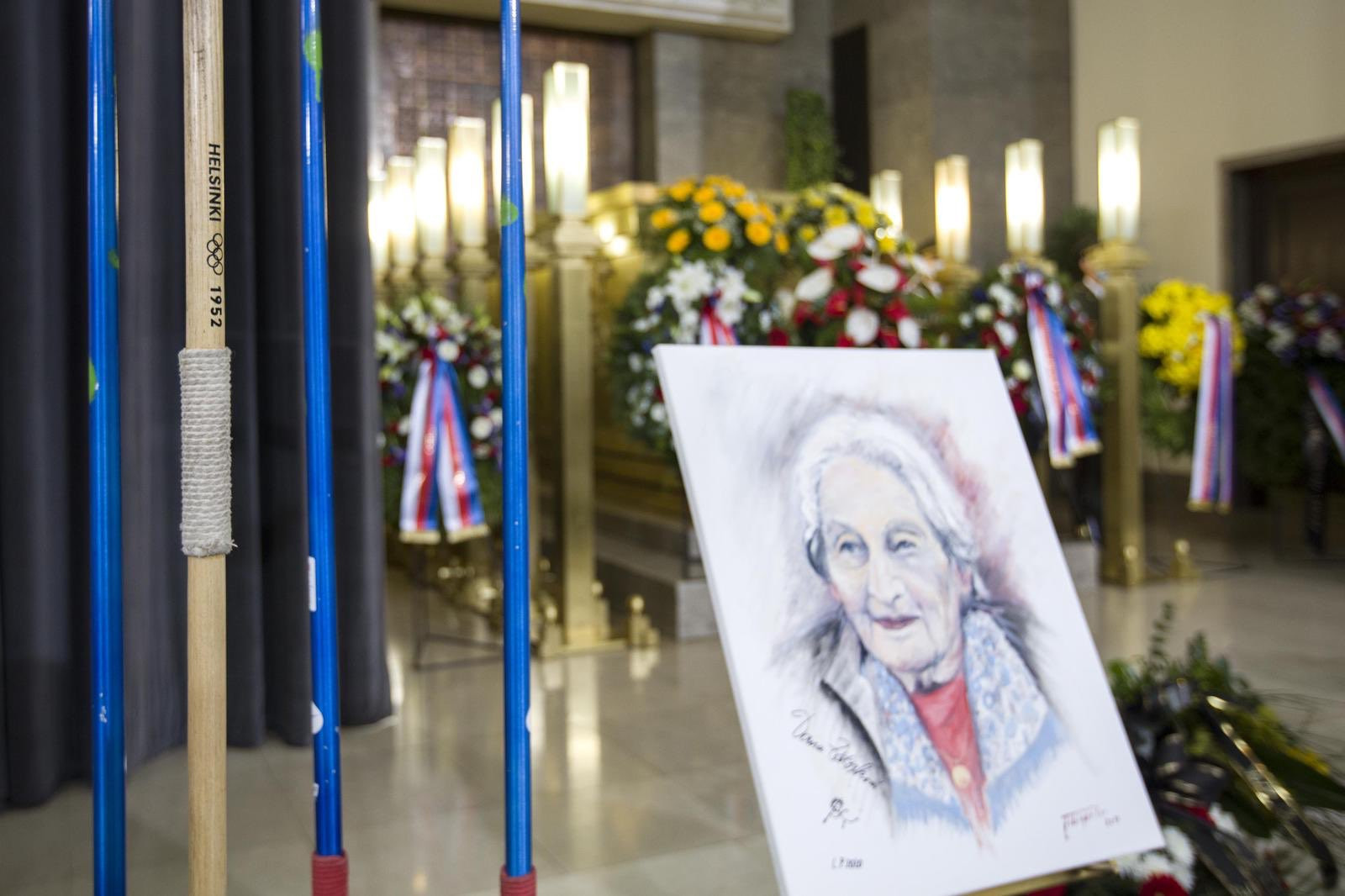 The ashes of 1952 Olympic javelin champion Dana Zátopková have been laid to rest alongside her husband Emil Zátopek at a folk park close to St Anne’s Church in Czech town Rožnov pod Radhoštěm.

Zátopková had always wished to be interred alongside her husband who died in the year 2000.

Zátopková died in March at the age of 97 but the COVID-19 pandemic had made it impossible for a public tribute to be held.

In a poignant ceremony held on a sunlit afternoon the flags of the Czech Olympic Committee and photographs of Zátopková in her heyday were on display alongside the urn.

Dulcimer melodies by Jaroslav Čech were performed at the service. His music had been her particular favourite.

A Wallachian Guard fired a salute.

Zátopková won javelin gold at the Helsinki Olympics within an hour of her husband’s victory in the 5,000 metres in a Games where he also won the 10,000m and the marathon in an unprecedented treble.

Triple Olympic javelin champion Jan Železný was among those to receive her guidance as a thrower.

"Her importance in Czech sport is underestimated because she lived in the shadow of Emil," he said.

"The Czech Republic does not often produce such extraordinary personalities.

"We all miss her smile."

The 1983 world discus champion Imrich Bugár shed tears for an old friend at the event.

"She was still laughing, she was always in a good mood.

"When for example, I wasn't, she would say 'Come on, Bug, we'll have some wine and it'll be fine again.'"

Jarmila Kratochvílová, the 1983 world 400m and 800m gold medallist, said: "She accomplished an awful lot of things not only in sport, but also in life.

"Dana was a javelin thrower, today our javelin is at a very decent level.

"I think that Dana was able to give good advice to many throwers during her life."

The ceremony was attended by many personalities from Czech sport including Olympic champions from other disciplines such as cyclist Jiří Daler and canoeist Martin Doktor.

Zátopková had been born on September 19 1922, the very same day as her husband.

Both would have celebrated birthdays today when a traditional commemorative race in honour of Zátopek is set to take place in Kopřivnice.