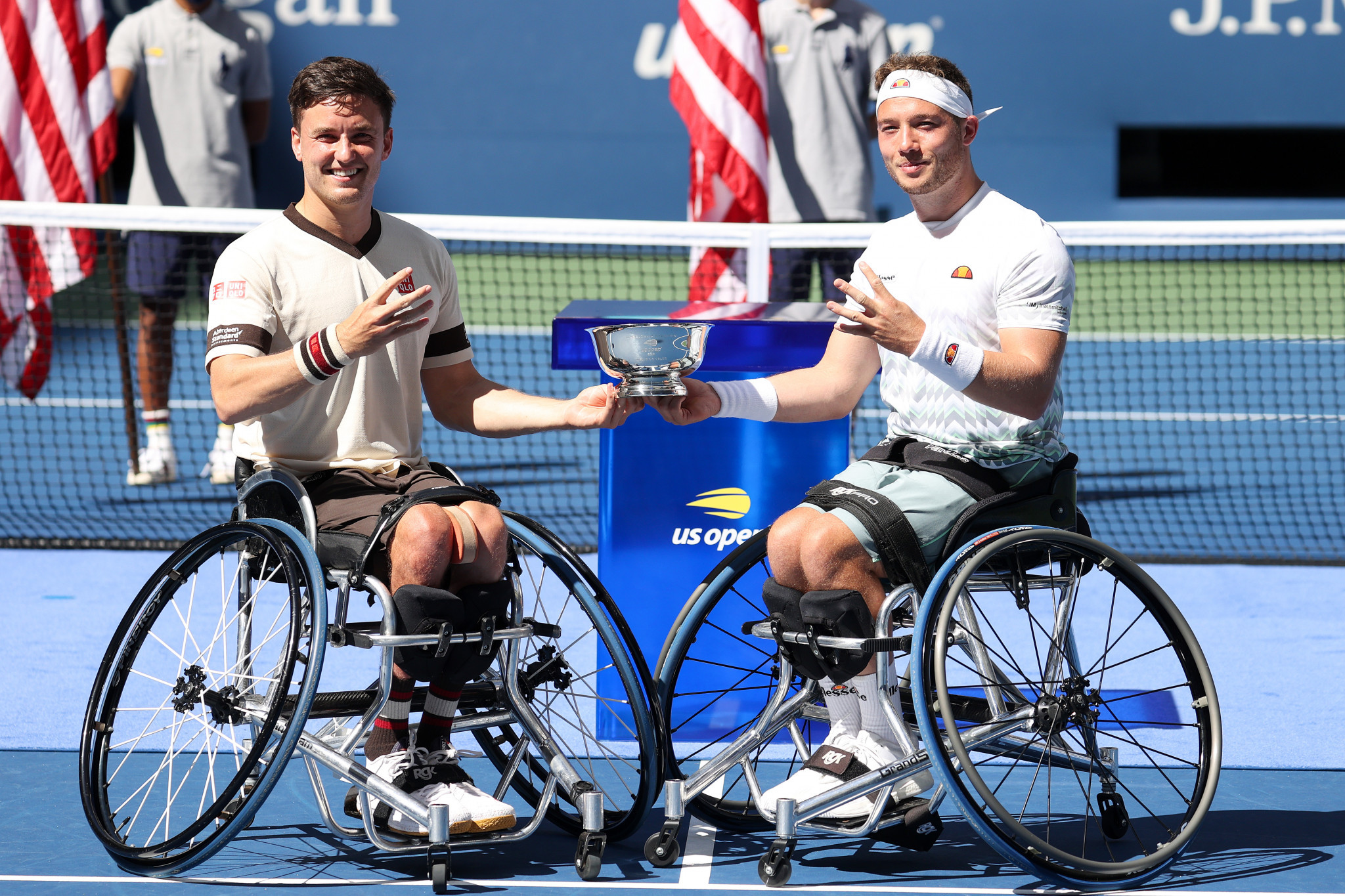 The top seeds triumphed as the first finals took place in the US Open wheelchair tennis events at Flushing Meadows in New York.

The wheelchair men's doubles final, played on the Arthur Ashe Stadium court just a few hours before the women's singles final between Naomi Osaka and Victoria Azarenka, was the first competition to be decided.

It was the British pair who came out on top, with Hewett and Reid winning 6-4 6-1.

The wheelchair women's singles final, played on the Louis Armstrong Stadium court, was the next title to be decided.

It also saw a meeting of the top two seeds, with the Netherlands Diede de Groot, the top seed, up against Japan's Yui Kamiji.

The third final to be decided on the penultimate day of wheelchair tennis competition was the quad doubles, also on the Louis Armstrong Stadium court, which pitted Australia's Dylan Alcott and Britain's Andy Lapthorne, against the Netherlands Sam Schroder and American David Wagner.

After Schroder and Wagner took the first set 6-3, Alcott and Lapthorne responded by claiming the second 6-4.

The match then went to a champions tie-break, which Alcott and Lapthorne won by 10 points to eight to claim the title.

The four players involved in the quad doubles final, are also contesting the quad singles event, played in a round-robin format.

The latest matches took place today, with Alcott, seeded number one in the singles, made to work hard in the second set on route to a 6-1 6-7 6-0 win against Wagner.

A fascinating second set went to a tie-break which was eventually taken by Wagner by 10 points to eight, although it proved to be only a temporary blip for Alcott as he recovered to bagel his opponent in the decider.

Second seed Lapthorne was beaten convincingly in his match with Schroder, as the Dutch player won 6-2 6-1.