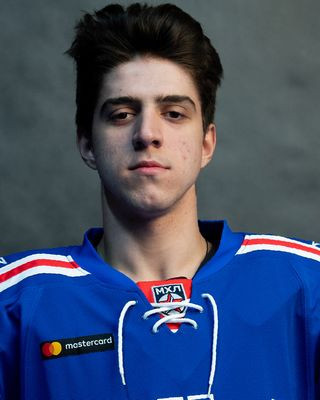 The International Ice Hockey Federation (IIHF) Disciplinary Board handed Altybarmakyan the suspension after the cocaine metabolite benzoylecgonine was found in his sample, collected on February 6.

Altybarmakyan had been playing for SKA-1946 St Petersburg against Taifun Primorski in Russia's top junior league.

The 19-year-old was provisionally suspended on March 25, with the player rejecting the option of a hearing or a B-sample test.

He will subsequently be suspended until March 24 2024.

The 19-year-old was tested on January 15 after a Russian Women’s Hockey League game between her team Agidel Ufa and Tornado Moscow Region.

Prohibited substance furosemide was found in her sample.

"The player was notified on February 26 and didn’t play afterwards," an IIHF statement said.

"In her explanation and in a chemical study it was explained that the adverse analytical finding was caused by a contaminated product, namely 'Detox Cocktail',  which she consumed outside of the products approved by the team doctor."

Tyugankina admitted to the adverse analytical finding, waived her right to disciplinary proceedings and accepted an eight-month period of ineligibility.

Both Altybarmakyan and Tyugankina have the right to appeal the IIHF's decision at the Court of Arbitration for Sport within a period of 21 days.