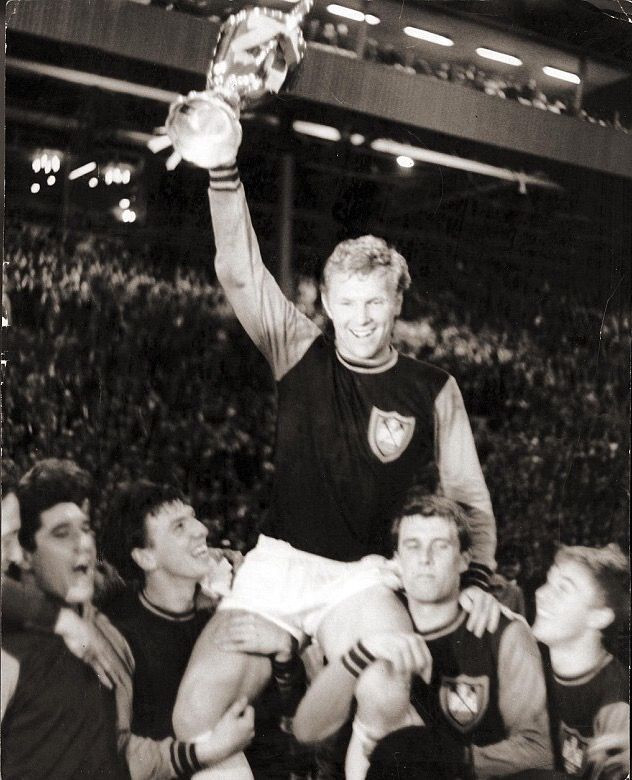 A statue of England World Cup legends Sir Bobby Moore, Sir Geoff Hurst and Martin Peters is set to be unveiled outside the London Stadium, which was the main venue for the 2012 Olympic and Paralympic Games.

Premier League club West Ham United have played at the former Olympic Stadium since August 2016 and plan to commemorate their three famous sons by building a statue of the three celebrating the club’s victory in the 1965 European Cup Winners’ Cup final.

The statue, to be located at Champions Place and unveiled as the focal point of West Ham’s 125th anniversary celebrations over the course of the next year, is part of a continued commitment to bringing the club’s heritage and history to London Stadium.

An original Champions’ statue, a bronze statue of the 1966 World Cup Final featuring Sir Bobby, Sir Geoff and Peters that was erected in 2003, will remain at the junction of Barking Road and Green Street, adjacent to West Ham’s former home at the Boleyn Ground.

Sir Bobby, Sir Geoff and Peters, who all came through the famous West Ham Academy of Football reached the very pinnacle of the game in 1966, when they led England to World Cup final glory against West Germany at Wembley.

Sir Bobby captained the team, Sir Geoff scored a hat-trick and Peters scored England’s other goal in the 4-2 victory.

"It is a tremendous honour and I feel very proud that Bobby, Martin and I, along with our team-mates in 1965, have been recognised in this way," said Sir Geoff, the only one of the trio still alive.

"We were all very fortunate to play together for West Ham United at a time when the club enjoyed such great success, and it was our development in that period which ultimately paved the way for the achievement of winning the World Cup with England.

"Bobby, Martin and I shared such wonderful times.

“We grew up together as young players and managed to reach the pinnacle of the game alongside one another for both club and country."

“For West Ham United to have come from the old Second Division just seven years earlier, win the FA Cup in 1964 and then become only the second English team to win a European trophy a year later – it was a magnificent achievement for the club.

“The fact that nine of that team were all homegrown lads who came through the academy ranks together made it even more special, and it is fitting that our greatest triumph in the claret and blue shirt will now be immortalised forever at London Stadium.

“I feel very privileged and it is a lovely reminder of such happy and memorable times.”

The formal title of the statue will be chosen by West Ham supporters, via an online vote.