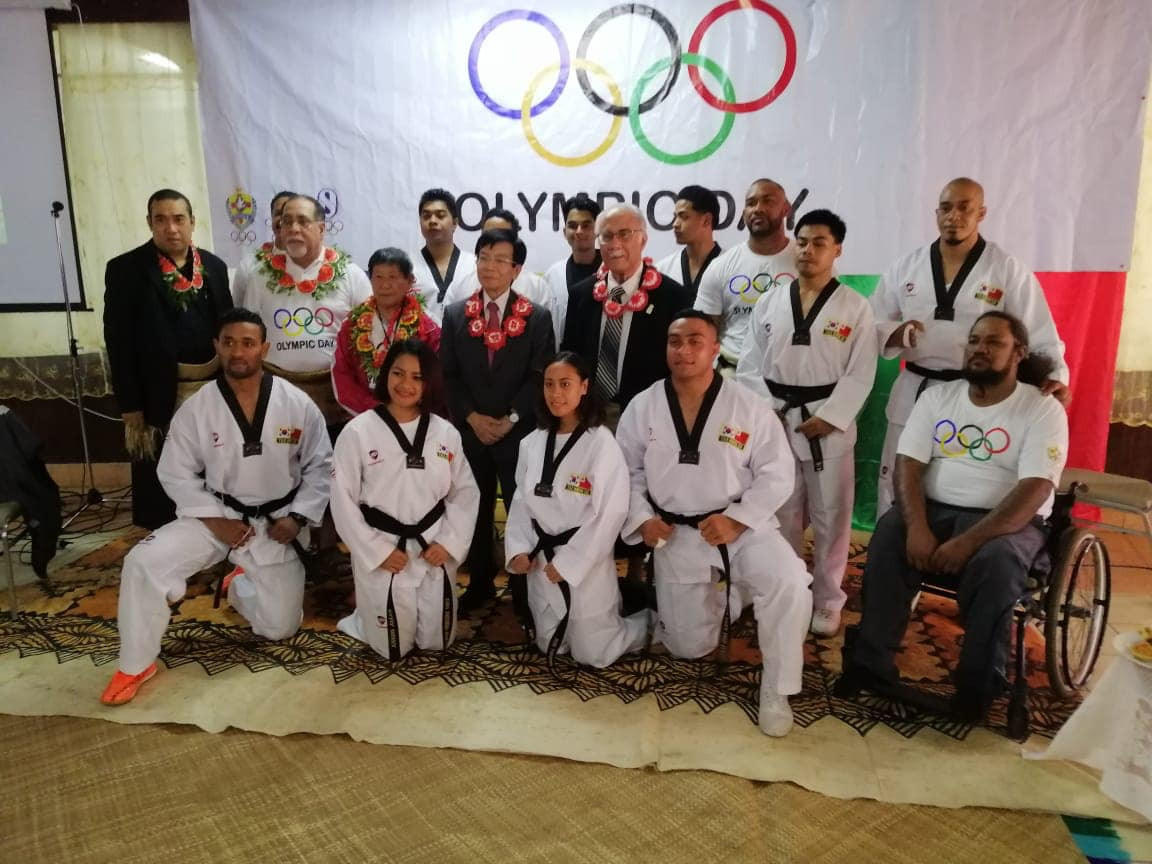 The Tonga National Taekwondo Association (TNTA) has put on a martial arts demonstration as part of Olympic Day celebrations organised by the Tonga Sports Association and National Olympic Committee (TASANOC).

This display was attended by the Japanese Ambassador to Tonga, Tetsuya Ishii, as well as TASANOC representatives and schoolchildren.

It was held at the Basilica of St Anthony and Padua in capital city Nuku'alofa.

Malia Paseka, who earlier this year became Tonga's first female taekwondo athlete to qualify for the Olympics, was among the performers, showcasing self-defence moves by taking down two attackers at the same time.

Other athletes broke bricks and performed moves such as jump kicks, according to Matangi Tonga.

Ishii said in his keynote speech that it was a disappointment that the Olympic and Paralympic Games could not go ahead this year, but urged athletes to keep practising.

"I would like to encourage all of you to keep practising every day," Ishii said.

"The observation of continuity in nurturing any form of skill is a promising means for achieving success.

"Therefore, please continue your daily practice and training, and I do hope that next year we will all celebrate the Tokyo Olympics and Paralympics in Japan."

TASANOC secretary general Takitoa Taumoepeau explained that Olympic Day is usually celebrated on June 23, but that festivities had been delayed this year due to the pandemic.

Two Tongan taekwondo players have qualified for Tokyo 2020 - Paseka and Pita Taufatofua, who also competed at the PyeongChang 2018 Winter Olympics.

Both Paseka and Taufatofua gave speeches at the event, aimed at inspiring the young people in attendance and spreading the TNTA message.