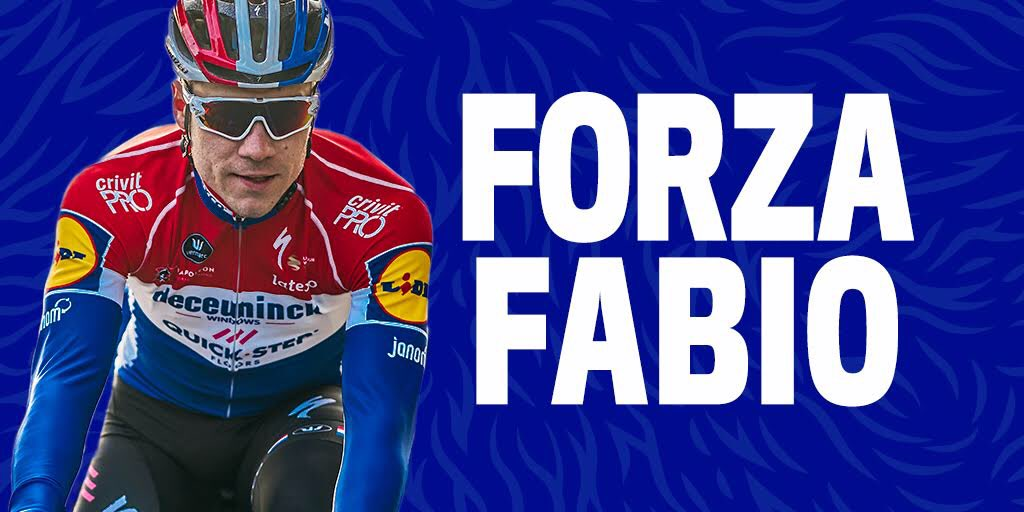 Tour de Pologne organisers have announced Fabio Jakobsen is out of a coma and in a "good condition" following his high-speed crash on the opening stage of this year’s race.

Organisers tweeted the positive update on Jakobsen’s condition during the third stage of the race.

Jakobsen had undergone facial surgery on Wednesday (August 5) night after sustaining a series of injuries after crashing into the barriers in the final metres of the stage in Katowice after colliding with fellow Dutchman Dylan Groenewegen.

Deceuninck-Quick-Step confirmed Jakobsen has been able to communicate with doctors and can move his arms and legs.

"Fabio, who Thursday night underwent a five-hour maxillofacial surgery, was able to move his legs and arms and communicate with the doctors, which immediately ruled out major neurological problems," a Deceuninck-Quick-Step statement read.

"Due to the surgery, speaking and eating will be a challenge in the coming period as the recovery process is expected to be a long and arduous one.

Deceuninck – Quick-Step would like to thank everyone for their support and best wishes sent in these difficult and trying days and at the same time kindly ask you to respect the privacy of Fabio and his family.

Jakobsen had initially been reported to have been "fighting for his life" following the crash two days ago.

Groenewegen was disqualified from the race and could face further action, with the International Cycling Union (UCI) saying he had caused the crash with his "dangerous behaviour", which it "strongly condemned".

We have good news from the hospital in Sosnowiec! @FabioJakobsen is awake now from the coma. Condition is "good". 👌#tdp20 @deceuninck_qst

Patrick Lefevere tweeted that they should put "this guy in jail", accusing Groenewegen of a "criminal act", with the Deceuninck-Quick-Step owner yesterday confirming his intention to report the rider to the police.

Team Jumbo-Visma issued a statement today saying it hoped for the best for Jakobsen and his recovery.

The team said it had discussed the situation with Groenewegen and that “Dylan is devastated about what has happened and the, unintentional, severe consequences for others involved in the crash”

Team Jumbo-Visma confirmed Groenewegen will not start in a race until the judgment of the disciplinary committee to which the UCI has handed over the incident.

The team vowed to support Groenewegen and his family to come through the “mentally tough times” and criticised the reprehensible ways that some of them had been approached.

The Association of Professional Cyclists (CPA) has said it has written to the UCI and Tour de Pologne organisers to open an investigation for "non-compliance with safety prevention measures".

Both the UCI and Tour de Pologne organisers have faced criticism following the high-speed crash.

Today’s stage saw the peloton ride a 203-kilometre route from Wadowice to Bielsko-Biała.

Denmark’s world champion Mads Pedersen led the race heading into the stage after his victory yesterday.

Ecuador's Richard Carapaz secured a surprise victory in an uphill sprint at the close of the stage, with the reigning Giro d'Italia winner launching an attack inside the closing 500 metres.

The Team Ineos rider held off the sprinters in the final metres following a day of climbs, with Carapaz crossing the line in a winning time of 5 hours, 4min and 54sec.

He was followed across the line by Italy's Diego Ulissi and France's Rudy Molard, who ended on the same time as the stage winner.