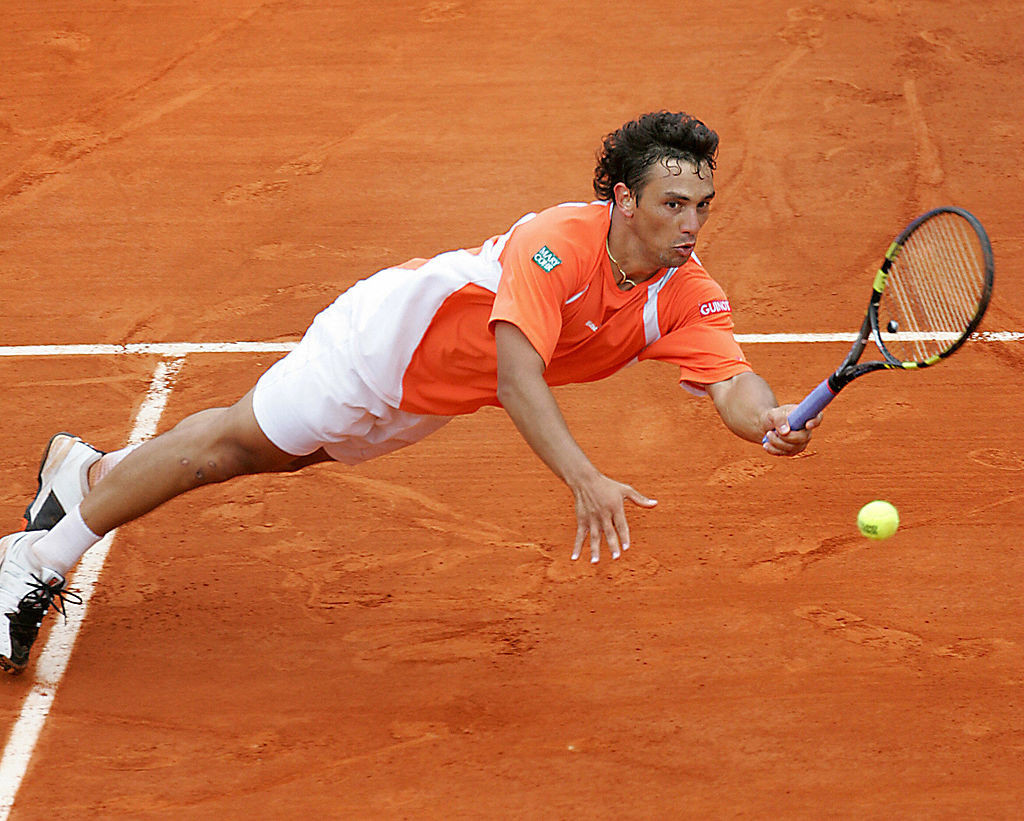 Former tennis player Mariano Puerta of Argentina has admitted lying to the Court of Arbitration for Sport (CAS) to get his doping ban reduced.

Puerta tested positive for the banned stimulant etilefrine four months after reaching the 2005 French Open final, which he lost to Rafael Nadal.

The Argentine, now 41, was initially banned for eight years as he had already served a nine-month suspension.

His ban was reduced to two years after Puerta successfully argued at CAS that his second positive test was caused by drinking water from a glass used by his then wife Sol Estevanez to take effortil, a medication against menstrual cramp which contained etilefrine.

In an interview with the Argentina daily newspaper La Nación, Puerta now claims it was the result of ginseng and caffeine pills that he acquired from a friend of his personal trainer Dario Lecman.

Lecman denied the allegations when asked about the claim from Puerta by La Nación.

Puerta said his lawyers had told him to use the defence as his previous doping record meant no other version of events would be credible.

"The explanation we used as a strategy was a lie," said Puerta.

"But I didn't gain any sporting advantage, I don't want to be seen as a cheat anymore.

"We couldn't do anything because the pills were bought, I don't know how to put this...not in a legal way.

"My lawyers didn't think it was a good idea to say what happened."

CAS secretary general Matthieu Reeb told insidethegames the "new explanation 14 years later does not change the fact that the ingestion of etilefrine was inadvertent and that the concentration of that substance in his urine samples was extremely low".

Reeb said the International Tennis Federation Tribunal had reluctantly imposed an eight-year ban on Puerta and did so "with a heavy heart".

"Like the ITF Tribunal in first instance, the CAS Panel was convinced that the athlete was able to prove that he committed 'no significant fault or negligence,'" Reeb said.

"However, the CAS panel was not prepared to impose the mandatory eight-year ban for a second anti-doping rule violation, considering that such sanction was clearly disproportionate in the circumstances.

"The CAS Panel has exceptionally imposed a 2-year ban (which was a departure from the ITF and WADA Anti-doping rules), applying the principle of proportionality."

Puerta claimed lawyer Eduardo Moliné O'Connor came up with the defence which saw his ban cut from eight to two years.

"This case constituted also a warning for CAS," Reeb added.

"At that time, CAS arbitrators were allowed to act as counsel for parties before the CAS. Shortly after the Puerta case, the CAS recommended to avoid the 'double hat' situation (arbitrator/counsel).

"In 2009, the prohibition of the 'double hat' was implemented in the CAS Code and we asked the CAS arbitrators to choose between their role as arbitrator and their role as counsel.

"Only 3 arbitrators (out of 300 members) preferred to act as counsel and resigned from CAS.

"The Counsel for Mariano Puerta, Mr Moliné O’Connor, was no longer on the CAS list since the end of 2006."

Puerta, ranked number nine in the world at the time of the second failed test, returned from his ban in 2007.

He failed to reach the previous heights of his career during his comeback and quit the sport two years later.