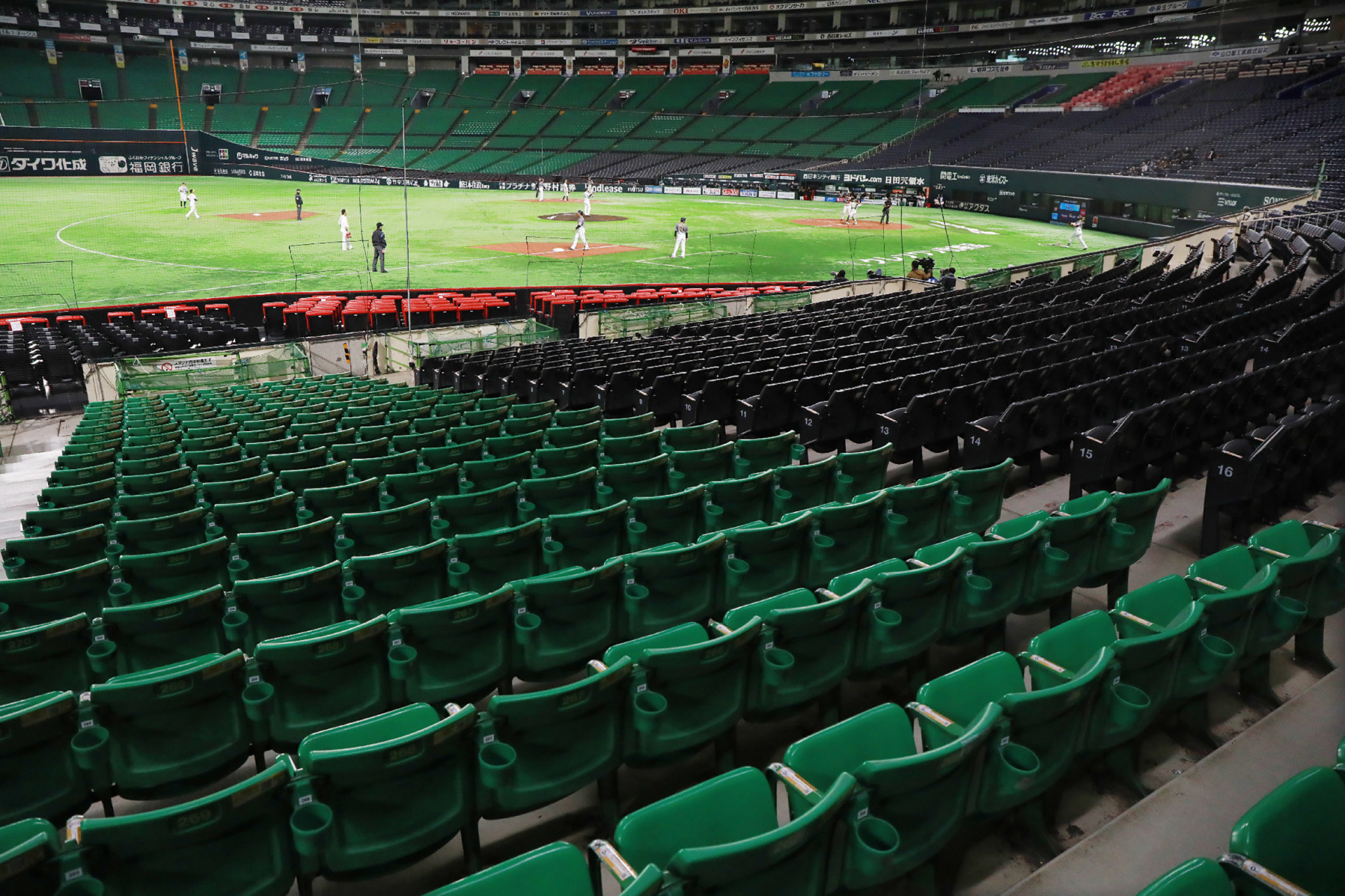 A Nippon Professional Baseball (NPB) game has been postponed after a player tested positive for COVID-19.

Yuya Hasegawa of the Fukuoka SoftBank Hawks was found to have the virus, which prompted his team to call off today's game versus the Saitama Seibu Lions.

Japanese news agency Kyodo reports that Hasegawa is the sixth NPB player known to have contracted COVID-19, but the first since the league returned to action in June.

Their next game is scheduled for Tuesday (August 3) and Hasegawa was not on the active roster, although there are concerns he may have come into contact with other players or members of staff.

However, coronavirus case numbers are on the rise in Japan, with 1,532 new infections reported yesterday - marking the fourth day in a row where the country topped 1,000 new cases.

Tokyo was responsible for 472 of those and some restrictions have been reimposed on the capital in an attempt to curb the spread of COVID-19.

The Tokyo 2020 Olympic Games were due to be in full swing at present, but the event was postponed until 2021 because of the pandemic.

The necessity of that decision is demonstrated by the rising number of cases both in Japan and abroad, although it remains to be seen whether the health situation in 2021 will allow for the Games to go ahead.

A top-flight football match in Japan was similarly postponed in July after three Nagoya Grampus players tested positive for COVID-19.