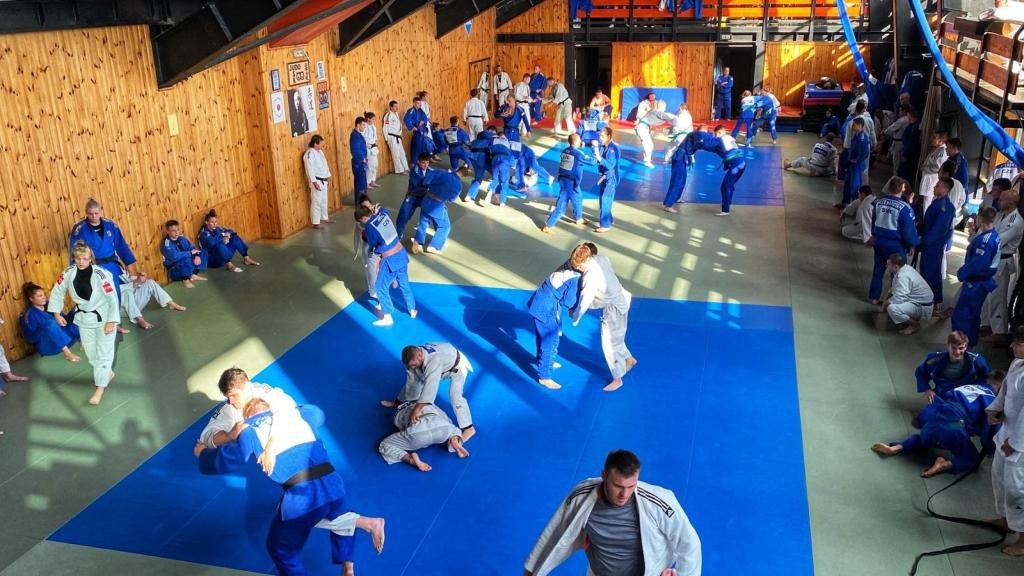 Judoka from the Czech Republic and Slovakia united for a joint training camp as coronavirus restrictions were eased.

Sixty Czech athletes and 20 from Slovakia gathered at Prague's Folimanka Hall to put each other through their paces.

Czech Olympic champion Lukáš Krpálek was among those to attend and the Rio 2016 under-100 kilograms gold medallist enjoyed the chance to fight with different opponents.

"The Slovaks have good heavyweight guys here and I must say that they have become extremely strong lately," the 29-year-old said.

"I am glad that we have this opportunity and that we can train together.

"And, honestly, I'm really looking forward to the competitions when it starts again."

The Czech Republic and Slovakia were one country – Czechoslovakia – until they divided in 1993.

Jozef Krnáč, who won an Olympic silver medal for Slovakia at 66kg in Athens in 2004, is now his country's junior coach and was among those to travel to the Czech capital.

"I still say Czechoslovakia because I still see it as one country," the 42-year-old said.

"We are participating in the second training camp together with Czech judokas.

"It is great for everyone, both for us and for them."

The training camp lasted for a week and also included a beach volleyball match near the Vltava river.

Prague is due to host this year's European Judo Championships between November 8 and 10 at the O2 Arena.

The action was due to take place between May 1 and 3, but was postponed because of COVID-19.