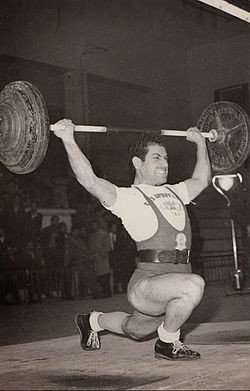 Helsinki 1952 Olympic weightlifting bronze medallist Ali Mirzaei has died at the age of 91, it has been announced.

The Iranian weightlifter competed in the 56-kilogram event in Finland's capital.

Mirzaei finished as the bronze medallist in the competition by achieving a total lift of 300kg.

He achieved a lift of 95kg to lead the standings in the press event, a discipline which was dropped after the 1972 Olympic Games.

He won the silver medal at the 1951 edition in Milan, before securing bronze three years later in Vienna.

The Iranian weightlifter also won silver at the 1951 Asian Games in New Delhi.

Mirzaei's bust had recently been unveiled at the Tehran Hall of Fame.