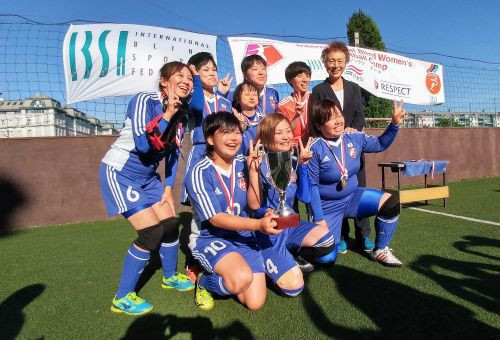 Hereford will host the 2021 edition of the International Blind Sports Federation's (IBSA) Blind Football Women's Camp and Games, it has been announced.

The English town is scheduled to host the event between July 19 and 23 at the Royal National College for the Blind.

Around 100 people are expected to attend with participants first taking part in a training camp before finishing off with matches.

It will be hosted by the English Football Association (FA) at the same venue which staged the 2015 Blind Football European Championships.

"The English FA are delighted to be given the opportunity to host the IBSA Blind Football Women's Camp and Games in July 2021," Jeff Davis, the Para-football performance manager at the FA, said.

"This event will be the catalyst for change in England and the start of a development programme which will embed blind women's football in our activity programme moving forward.

"In England we have a long history in the game and our drive towards the inclusion of greater opportunity for blind female players will be fully realised."

The first camp was held in Austrian capital Vienna in 2017 and further editions have followed in Enugu in Nigeria and Tokyo and Saitama in Japan.

Enugu was also due to host the first IBSA Blind Football Women's World Championships this year but the event has been postponed to 2021 because of the COVID-19 outbreak.

"With the first Women's World Championships postponed to 2021, we are delighted to add this event to our growing programme for women next year," said Ulrich Pfisterer, chair of the IBSA Blind Football Committee.

"The Royal National College is a top quality location, reflecting our commitment to offer the best possible opportunities for players to train, play and learn alongside their peers.

"Our thanks go to the English FA, the Royal National College and British Blind Sport for their bid to host the Women's Camp and Games, and to the other bidders, to help grow the game we all love."