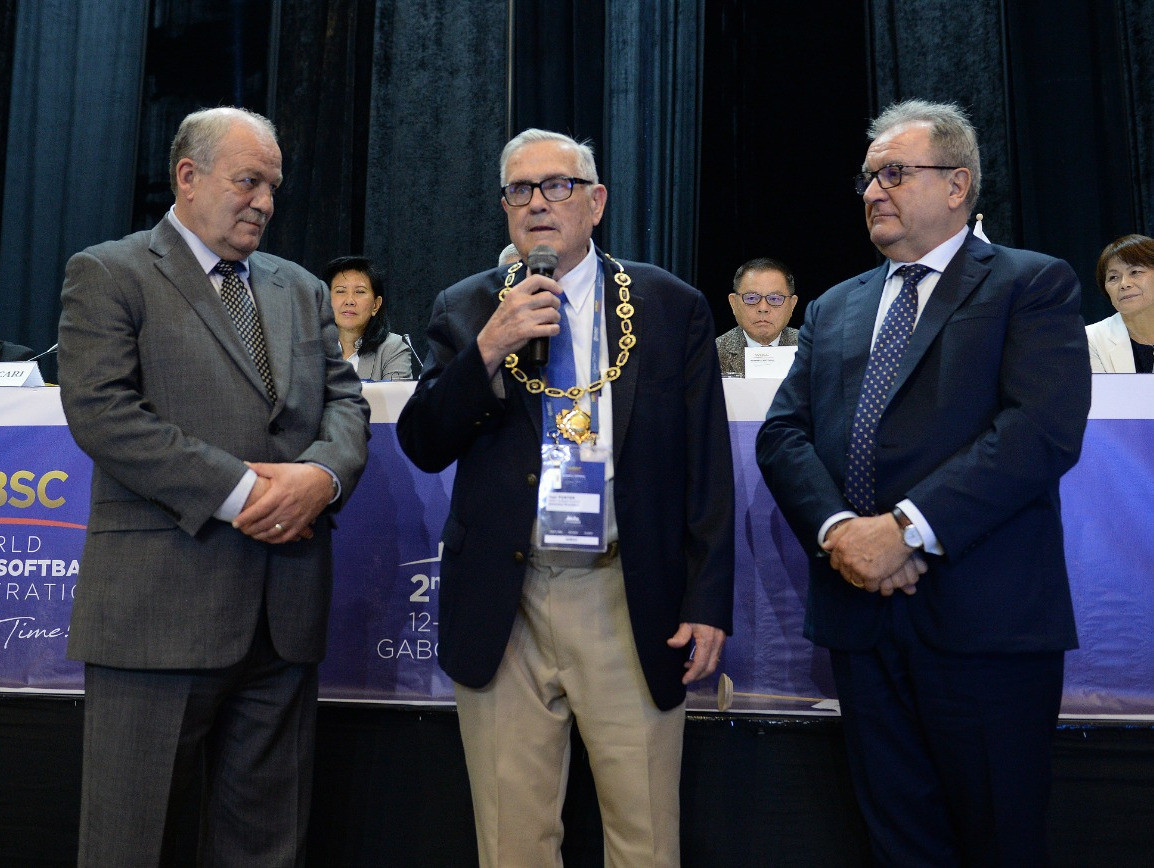 Don Porter, a leading softball official and former World Baseball Softball Confederation (WBSC) Co-President, has died at the age of 90.

The American, who served as President of the International Softball Federation (ISF) for 26 years, passed away at his home in Oklahoma on Sunday (June 7).

A well-known figure in the sport, Porter helped establish the WBSC when the ISF and the International Baseball Federation merged in 2013.

He served as co-President until 2014 and initially ran against Riccardo Fraccari before withdrawing from the election, which paved the way for the Italian to secure the position unopposed.

Porter also played a pivotal role in softball's debut on the Olympic programme at Atlanta 1996.

He was awarded the Collar of Honour, the WBSC's highest recognition of people who contributed to the foundation of the worldwide governing body, in 2017.

"The WBSC and the entire softball community mourn the loss of Don Porter, the main architect of the internationalisation of softball,” said Fraccari.

"Through his vision, efforts and decades of service, softball became an Olympic sport for the first time in 1996.

"Our long lasting friendship is full of special memories.

"He helped to establish, build and name the WBSC.

"He will be remembered forever as one of the most influential leaders in the history of the sport of softball, which is now played in over 130 countries around the world.

"In fact, he launched World Softball Day in 2005 and it's celebrated every year on June 13.

"Softball would not be returning to next year's Olympic Games without the life and work of Don Porter.

"We send our deepest condolences to his wife Jean, Don's family and loved ones."

The WBSC and the entire softball community mourn the loss of Don Porter, the main architect of the internationalization of softball. Through his vision, efforts and decades of service, softball became an Olympic sport for the first time in 1996. pic.twitter.com/L2ghp6yn71

Porter's involvement in softball dates back over five decades as he helped launched the first World Softball Championship in 1965, where he was elected secretary general of the ISF.

From 1968, Porter campaigned tirelessly for the inclusion of softball at the Olympic Games, an aim eventually achieved in 1991 when the sport was added to Atlanta 1996 programme.

Softball remained part of the Games until Beijing 2008 and is due to return to the event at Tokyo 2020, postponed until next year because of the coronavirus pandemic.

"Softball is saddened by the passing of Mr. Porter, a man who dedicated his life to globalising and growing our beloved sport,” said WBSC Softball chairman Tommy Velazquez.

"He inspired all of us with his leadership, perseverance, courage and vision, and he gave us the opportunity to follow the path he created.

"He will be sorely missed by the softball community, and his legacy in the sport of softball will continue to burn bright and touch millions of softball players and many future generations.

"Modern softball history is directly linked with the name of Don Porter, the most important softball leader ever, alongside the inventor and early developer of the game, George Hancock."

As well as his roles in softball, Porter was also a member of the United States Olympic Committee Board of Directors from 1968 to 1988 and the first secretary general of the World Games.

The American was also awarded the Olympic Order in 1997.