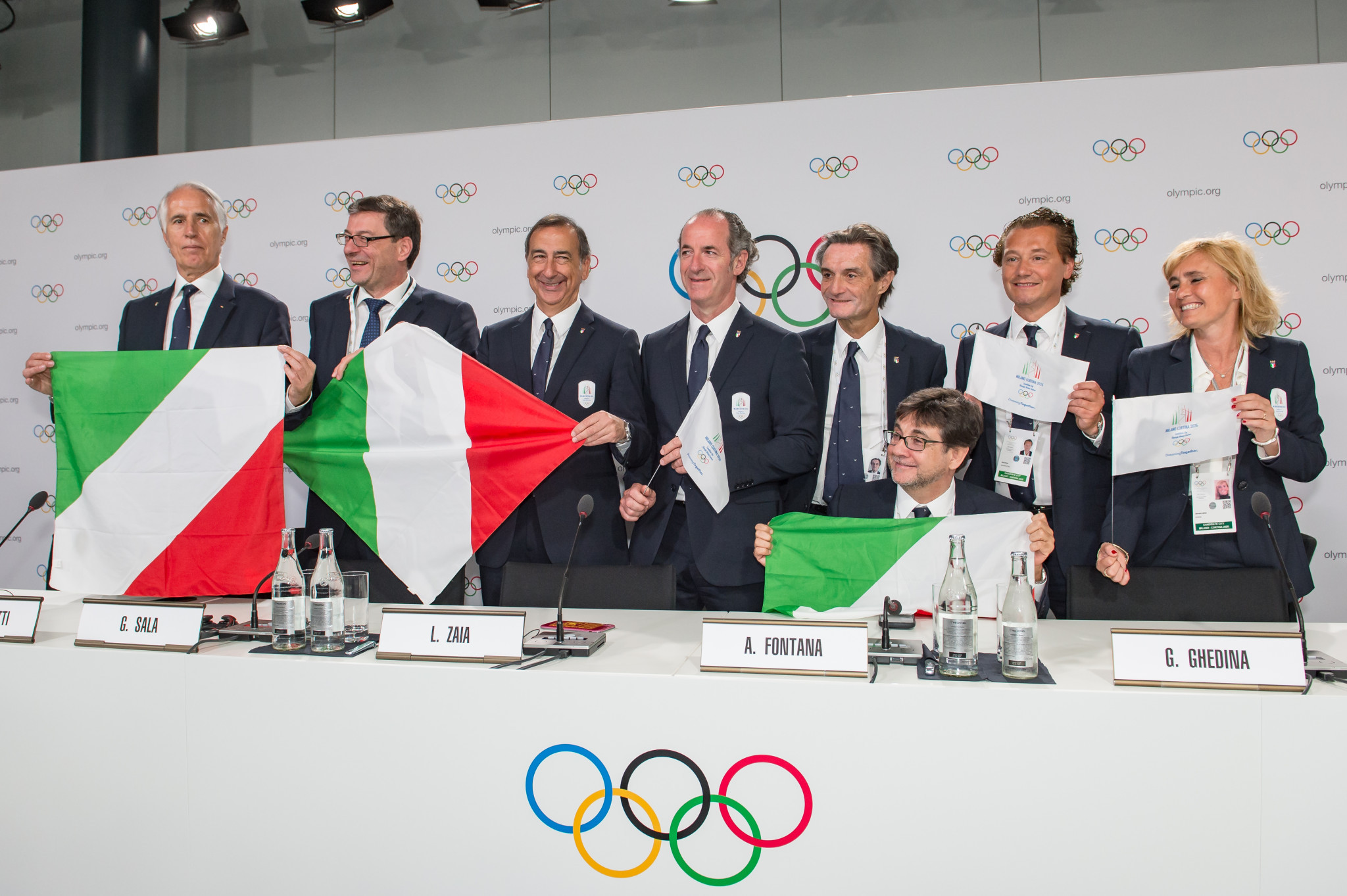 The Italian Parliament has adopted the Olympic Law, a document that structures the organisation and governance of Milan Cortina 2026.

The official text was first presented by Italian Prime Minister Giuseppe Conte in January to the Council of Ministers.

After the Council of Ministers validated the text it moved to the Chamber of Deputies who took a vote, which resulted in 408 votes in favour, two votes against and two abstentions.

The document was today presented to the Italian Senate, where it was supported by 225 elected officials, with one abstention and no votes against.

The law will now go through the final stage of declaration, known as promulgation.

It outlines the legal and administrative outlines linked to the preparation of the 2026 Winter Olympic and Paralympic Games, scheduled to be held in the Italian cities of Milan and Cortina D'Ampezzo.

The Winter Olympics 2026 are scheduled to take place from February 6 to 22 with the Winter Paralympics 2026 following from March 6 to 15.

As part of the Olympic Law, a joint Olympic Council will be set up with responsibility for overseeing the programme of planning and delivery for Milan Cortina 2026.

The Olympic Council will be separate to the Organising Committee, and will be responsible for reporting annually to the Italian Parliament on progress.

An order will be published soon specifying the missions of the joint Olympic Council and the names of the 15 representatives who will feature on it.

The Milan-Cortina 2026 Infrastructure Society will be established once the Olympic Law comes into effect with responsibility for constructing and overseeing sites needed for the 2026 Games.

It will be a public company of five members and will benefit from funding from the Ministries of Economy and Finance and Infrastructure and Transport, as well as financial contributes from the regions of Lombardy and Veneto, and the provinces of Trento and Bolzano.

Also established under the Olympic Law is the Forum for the Safeguarding of the Olympic and Paralympic Heritage, responsible for ensuring and protecting the legacy of Milan Cortina 2026.

The text also commits the Italian Parliament to providing €58 million (£50.7 million/$62.6 million) towards the preparations of the 2026 Winter Olympics.

The passing of the Olympic Law comes on the same day as the European Commission warned that Italy's Gross Domestic Product (GDP) would fall by 9.5 per cent during 2020 as a result of the coronavirus pandemic, as reported by ANSA.

The Commission warned of "a deep recession" but added they predicted "a technical rebound" later this year followed by a "partial recovery" next year, when they predict that GDP will rise by 6.5 per cent.

So far in Italy there have been more than 214,000 reported cases of coronavirus with more than 29,000 deaths.