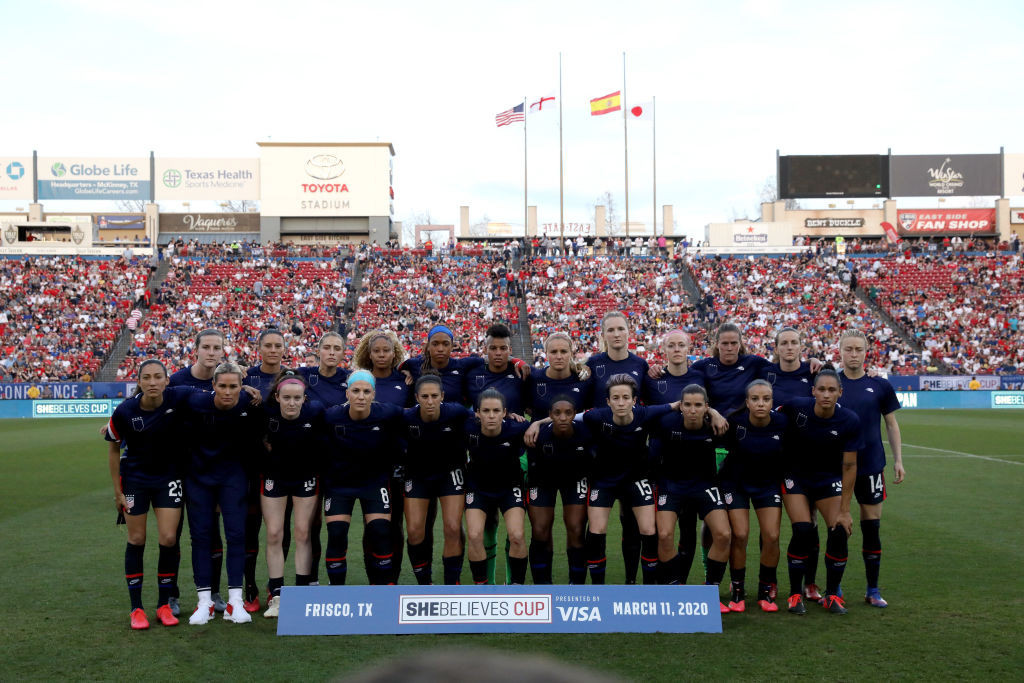 An unequal pay claim by the United States women's national team in their lawsuit against US Soccer has been dismissed by a federal judge.

Judge R. Gary Klausner has allowed their allegation of discriminatory working conditions to go to trial, which is expected to begin in Los Angeles on June 16.

A group of players led by Alex Morgan had been seeking $66 million (£52.8 million/€59.5 million) in damages after claiming they had been paid less than their male counterparts.

Klausner threw out the Equal Pay Act allegations but left in tact the Civil Rights Act claims, which include accusations that US Soccer discriminated against the women's team in the money it spent on charter flights and hotel accommodations, and support services, including medical.

The judge said the unequal pay claims had not been proven as the women's team played more games and made more money than the men's team.

Klausner added that the women's team had turned down an an offer to be paid under the same pay-to-play structure as the men's team.

"Accordingly, plaintiffs cannot now retroactively deem their collective bargaining agreement (CBA) worse than the men's national team CBA by reference to what they would have made had they been paid under the MNT’s pay-to-play terms structure when they themselves rejected such a structure," he said.

We will never stop fighting for EQUALITY.

The ruling, issued in response to a motion for summary judgment to dismiss the lawsuit by US Soccer, deals a huge blow to the women's team's fight for equality.

Molly Levinson, a spokesperson for the four-time winners of the FIFA Women's World Cup, said they were "shocked and disappointed" by the decision and would look to appeal.

Asking the Ninth US Circuit Court of Appeals to overturn the ruling from the judge could delay the trial into next year.

"We will not give up our hard work for equal pay," Levinson said.

"We are confident in our case and steadfast in our commitment to ensuring that girls and women who play this sport will not be valued as lesser just because of their gender."

Players including Megan Rapinoe, one of the stars of the 2019 Women's World Cup in France, reacted with defiance on social media.

"We will never stop fighting for EQUALITY," Rapinoe wrote on Twitter.

Defender Becky Sauerbrunn said the team has "a lot of fight left in us".

"We knew this was not going to be easy, change never is," Sauerbrunn added.

In a statement, US Soccer spokesperson Neil Buethe said: "We look forward to working with the women’s national team to chart a positive path forward to grow the game both here at home and around the world.

"US Soccer has long been the world leader for the women’s game on and off the field, and we are committed to continuing that work to ensure our women’s national team remains the best in the world and sets the standard for women’s soccer."