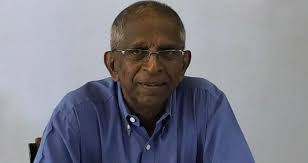 Pacific Games Council President Vidhya Lakhan has warned the number of participants for the 2021 Pacific Mini Games could be "much lower" due to the coronavirus pandemic.

Lakhan revealed the Council is hoping all participating nations are able to attend the competition in the Northern Mariana Islands, but is aware of the limitations the pandemic may impose on the event.

A total of 24 nations competed in the 2017 Pacific Mini Games in Vanuatu.

"We firmly believe that the 24 island nations will be there for the Games but the size of the Games in terms of numbers taking part could be much lower than what one could expect of the normal Pacific Mini Games," Lakhan said, as reported by Fiji Sun.

"As organisers we want to have a big Games but we have to be mindful of what is happening around us.

"Other challenges participating nations would be facing and what would be their difficulties.

"So the prime objective will be to ensure that all the countries are there and the bigger the delegation the better it is for us.

"But if the delegations are smaller, we will understand."

The dates of next year's Pacific Mini Games are yet to be decided, but are most likely to be in May or June.

Competition could take place after the postponed Tokyo 2020 Olympic Games, however, which were moved to July 23 to August 8 in 2021.

"As soon as travel restrictions are uplifted we hope to make a quick trip to Saipan to assess their readiness to host the games, to see the Games can be held in May or June or do we have to look at alternative dates, maybe after the Olympic dates, which is a possibility," Lakhan said.

The Northern Mariana Islands is seeking to recover from the impact of Super Typhoon Yutu in 2018.

It led to Ralph Torres, Governor of the Northern Mariana Islands, announcing earlier last year that the Government would withdraw from hosting the Games to concentrate on recovery efforts.

Following discussions with the Pacific Games Council, Torres reversed the decision and committed to staging the event on the islands for the first time.

Lakhan suggested weightlifting may be put back on the programme, however, following a request from organisers.

"I guess this could be confirmed by September, provided we have the coronavirus pandemic under control and we are able to meet for the General Assembly in Saipan in September," he said.

"They did approach the Council, and wanted to add weightlifting - this was when we visited them in February.

"But the process for adding another sport to the Games programme will have to happen at our annual General Assembly."