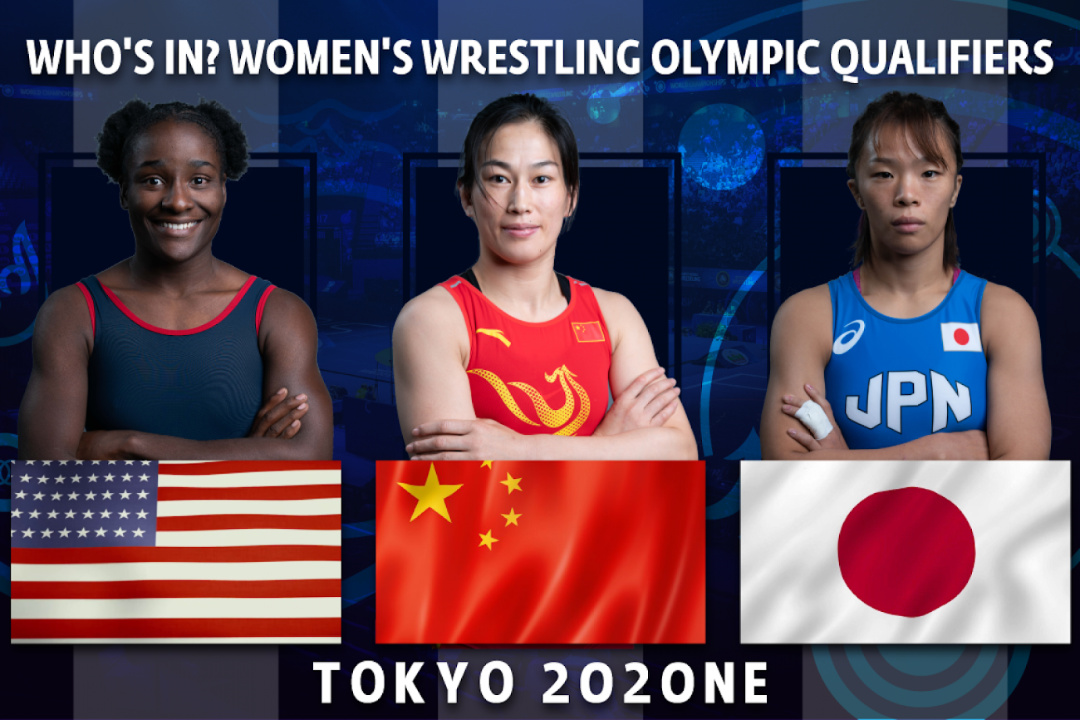 United World Wrestling (UWW) has confirmed the nations which have qualified so far for the Tokyo 2020 women's events.

Following on from their breakdown of the nations that have so far qualified for the Games in Greco-Roman wrestling, UWW released the women's qualifiers today.

When the International Olympic Committee delayed Tokyo 2020 to 2021 due to COVID-19, it was agreed that quota places already confirmed should stand.

Qualification from the previous World Wrestling Championships and the Pan American Olympic qualifying event has been completed, but eight spots in each category are still to be determined.

All four of these competitions will take place in March and April in 2021, to determine these spots.

Who’s in? The women’s wrestling Olympic qualifiers for #Tokyo2020NE pic.twitter.com/2wasknZXmT

After securing two spots at the 2019 World Wrestling Championships and a further four at the Pan American qualifier, the United States currently sits as the only nation with the maximum quota in all six weight categories.

However, Japan and China were the biggest winners at the World Championships in Nur-Sultan in Kazakhstan, with the Olympic hosts qualifying in five of the six categories and China securing four spots.

Both nations will be expected to fill out their quotas at the Asian qualification event in March.

Elsewhere, Cuba have three spots after securing all of them at the Pan American qualifier, with Canada and Brazil having two each and Mexico taking one spot.

From the World Championships, other nations to benefit were hosts Kazakhstan and Germany who both secured two spots each.

Others to win two places in Tokyo include Ukraine, Poland and North Korea.

Japan have an interesting two-way battle in the 50 kilogram class between Yuki Irie and two-time world champion Yui Sasaki.

Irie earned the spot at the World Championships over Sasaki, but failed to reach a medal match and, in doing so, gave Sasaki an opportunity to win the Asian Olympic qualifier after defeating Irie at the All Japan Championships in December.

The Mexican quota spot earned at the Pan American qualifier went to Alma Jane Valencia Escoto, who made history when she became the first-ever woman from the country to qualify for wrestling at the Games.

She did so after making the final in the 57kg.

World number three Yulia Tkach of Ukraine still needs to qualify for the Games in the 62kg after a gold at the European Championships, and will have to go to the European Olympic qualifier in Budapest in Hungary.

Another European waiting until Budapest to qualify is double world medallist Koumba Larroque of France in the 68kg, while Turkey's world champion Yasemin Adar, four-time world medallist Vasilisa Marzaliuk of Belarus and one of Russia's Olympic medallists, Natalia Vorobeva or Ekaterina Bukina, are aiming for a qualifying spot in the stacked 76kg category.