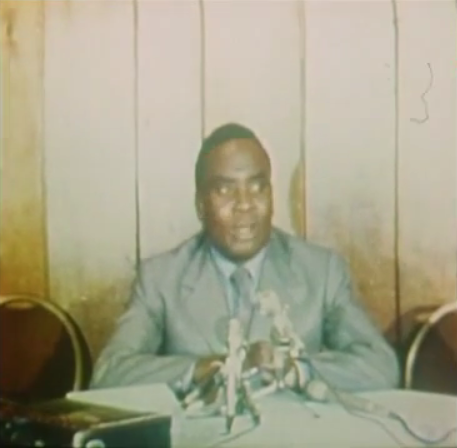 Jean-Claude Ganga, considered the "great architect" of the creation of the African Games, has died at the age of 86.

As reported by Agence France-Presse, the Congolese passed away near Brazzaville, the city where he was born, and to which he had offered the first edition of the African Games in 1965.

Ganga joined the International Olympic Committee (IOC) in 1986 but was expelled 13 years later after being caught up in the scandal related to bidding for the 2002 Winter Olympic Games that were awarded to Salt Lake City.

He was a former Minister of Sports of the Republic of the Congo from 1985 to 1992 and President of the Association of National Olympic Committees of Africa (ANOCA) from 1989 to 1999.

The creation of the African Games came on the back of a period of change in Africa's sporting arena in the late 1950s.

The first-ever Mediterranean Games took place in Egypt in 1951, football's Africa Cup of Nations began in 1957 and a gathering of French speaking African nations called "The Friendship Games" was organised for 1960 in Madagascar.

These were a success and finally, almost 40 years after they had first been planned , the first "All Africa Games" finally became a reality.

"That was the date of African sport's full coming into being," Ganga once said.

"It gave the world such a demonstration that it aroused admiration, applause and encouragement."

Ganga contributed in 1966 to the creation of the Higher Sports Council in Africa (CSSA), a satellite agency of the Organisation of African Unity.

He helped the CSSA to organise the boycott by many African nations of the 1976 Summer Olympics in Montreal to protest against the Apartheid system in South Africa.

This came after the IOC refused to ban New Zealand after the country's national rugby union team had toured South Africa earlier in 1976 in defiance of the United Nations' calls for a sporting embargo.

Ganga left the CSSA in 1977 on account of "abuse of power" and "fanciful management".

Having served as the Republic of the Congo's ambassador to several Asian countries during the 1980s, Ganga was appointed Minister of Sport in 1985.

Four years later, he succeeded Anani Matthia of Togo as the President of ANOCA, which he led for a decade, until controversy ended his career.

In March 1999, Ganga was removed from the IOC on account of corruption.

He and five other members were expelled for taking hundreds of thousands of dollars from officials who brought the 2002 Winter Olympics to Salt Lake City.

In the years that followed, Ganga continued to proclaim his innocence and threatened to make shocking revelations about the IOC.