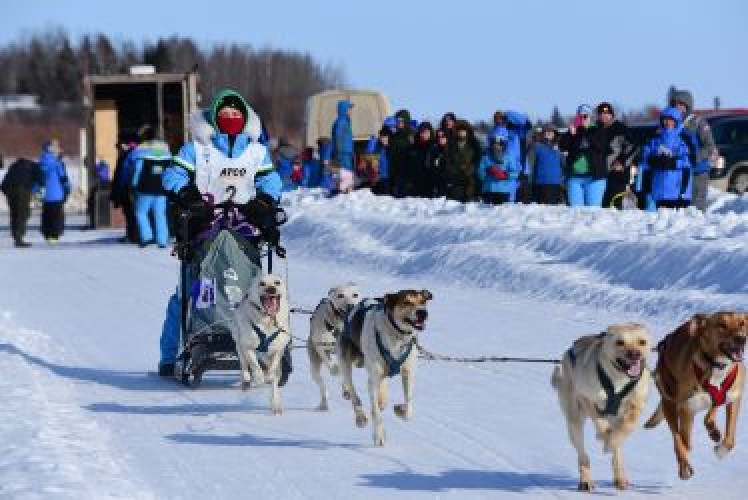 The Arctic Winter Games (AWG), a multi-sport international gathering that features nearly 2,000 athletes, most of them teenagers, has been cancelled at a week's notice because of the coronavirus.

The 2020 Games, due to mark the 50th anniversary of an event created to provide competitive sport for young people living within the Arctic Circle, were to have been hosted by Whitehorse, the state capital and only city in Yukon in Canada from March 15 to 21.

There have been no reported cases of the virus in Yukon, and no problems in other areas due to send teams to Whitehorse – Alaska, Alberta, Greenland, North West Territories, Nunavik, Nunavut, the extreme north of Scandinavia, and Siberia.

On Monday March 2 organisers were told by Yukon’s chief medical officer “there is no reason to change travel plans for this event”, and a board member of the AWG Society said, “I think we’re in good shape… right now our biggest concern is not really the coronavirus.”

But because of the “community spread” of the COVID-19 virus in other parts of North America the Games were cancelled yesterday.

Catherine Elliott, Yukon's acting chief medical officer of health, appeared emotional as she said: “It is with a heavy heart and great sadness that I have to recommend we cancel the Arctic Winter Games.

“The situation is rapidly changing.

“Things are not likely to get better globally.

“It's extremely optimistic to say they will stay the same.

“In a setting like the Arctic Winter Games, even a suspected case would be devastating.”

Elliott cited concerns over the “community spread” of coronavirus elsewhere in North America – its ability to spread easily and sustainably.

There had been 19 deaths and more than 400 reported cases of the virus, COVID-19, in 29 states of the United States by Saturday.

“At this point the risk to the Canadian public being affected remains low, and there is no reason to change travel plans for this event.”

Sandy Silver, the Yukon Premier, was close to tears as he said the decision was “in the best interest of our athletes and communities across the circumpolar North”.

Asked about the change of advice from medical experts within the past few days, Silver said, “The international situation has changed in the last two days alone.

“When you have people coming from all over the circumpolar North and returning to their communities afterwards ... it was a tough decision but the right decision.”

Teams also spend millions of dollars in preparing for the AWG, for example the North West Territories in Canada spent more than $1.6millon (£1.2 million, €1.41million) to send a team of 300, including athletes, coaches and support staff.

The AWG, opened in 1970 by the former Canadian Prime Minister Pierre Trudeau, features summer and winter Olympic sports, indoors and outdoors, alongside traditional games that have been practised for thousands of years by aboriginals from the circumpolar north.

Six members of Canada’s team for the 2018 Winter Olympic Games had competed in the AWG, but the cultural aspect of the Games is equally, if not more important.

Colinda Blondin, a regional recreation co-ordinator for North West territories, explained the history of the Dene Games, which formed a significant part of the schedule in Whitehorse.

Games on the programme include the head pull – a one-to-one tug of war using only the head – high kick, stick pull, finger pull and hand games, a social team game accompanied by drummers.

“There’s strength, endurance, resistance to pain, dealing with the cold, games for speed, running on uneven surfaces, skills for grabbing a fish with our bare hands.

“The games date back as far as we’ve been here, and have been passed down generation to generation.”

There is another major event for traditional games on the calendar for this year, the North American Indigenous Games in Halifax in Nova Scotia from July 12 to 19.