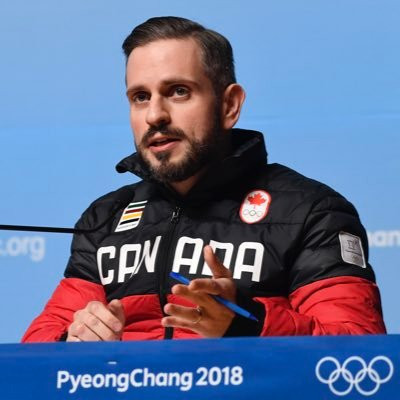 The Canadian Olympic Committee (COC) is part of an international movement that transcends mere athletic competition to encapsulate the core Olympic values of excellence, respect and friendship.

Olympism provides opportunities to exchange knowledge and experience among nations. In these divisive times, sport has the unique power to bring people together.

Canada is a leading sporting nation that has hosted the Olympic Games on three occasions and has seen their ability to unite a country and transform the sporting landscape. We are fortunate to possess technical know-how that can be shared with future Games host countries and National Olympic Committees.

Recently the COC has been part of a series of discussions with a coalition of Olympic Committees and International Federations who are committed to working with Games organisers, the Senegal Olympic and Sports Committee and the International Olympic Committee (IOC) to coordinate and share expertise that will help leverage the Games to enhance the long-term sporting culture in Senegal.

It is in this spirit that the COC recently signed a Memorandum of Understanding (MoU) with the Senegalese Olympic Committee.

The signatories of the MoU were COC chief executive David Shoemaker and the President of the Senegalese NOC and International Olympic Committee member Mamadou D. Ndiaye.

The event was held in Dakar, in the presence of Canadian Prime Minister Justin Trudeau and Senegal’s Minister of Sport Matar Ba.

Dakar is slated to host the 2022 Summer Youth Olympic Games, which will be the first Olympic event ever held on the African continent.

Under the MoU, Senegal and Canada will explore avenues of cooperation, along with opportunities to lend expertise to support each other in the development of athletes, coaches and referees, as well as providing equipment support and exchanging technical knowledge relating to the organisation of large-scale sporting events.

Additionally, the Senegal-Canada MoU will aim to strengthen friendships between athletes from the two countries - both members of La Francophonie - and, more generally, between the populations of Canada and Senegal, all in a spirit of interdependence and mutual respect.

We Canadians enjoy a high quality of life. Our population is among the world’s most diverse, yet we live together in harmony, continuing to welcome newcomers and successfully integrating them - often through the socialising power of sport.

“We define a Canadian not by a skin colour or a language or a religion or a background, but by a set of values, aspirations, hopes and dreams that not just Canadians, but people around the world, share.”

Regardless of one’s initial station in life or background, being Canadian means you compete on a level playing field, benefiting from a realistic opportunity to excel in the endeavour of your choosing, provided you work hard and give it your all.

Similarly, as stated in its charter, the Olympic Movement "seeks to create a way of life based on the joy of effort, the educational value of good example, social responsibility and respect for universal fundamental ethical principles".

The Youth Olympic Games are held every four years in staggered summer and winter events consistent with the current Olympic Games format, though in reverse order. They are reserved for athletes aged 14 to 18.

Under the theme of "Girl Empowerment through Sport", the 2022 Dakar Games will feature full gender equality.

Senegal has a young population. Hosting the Games will serve as a catalyst for engaging Senegal’s next generation, while developing the country’s sport and youth policy.

It is our hope that Canadian know-how and values will contribute to making the Dakar Games a success, helping to establish a positive legacy for the future of youth and sport in Senegal.

The COC is proud of its role in leveraging the power of sport, along with the positive influence of Canadian and Olympic values, to make the world a better place.