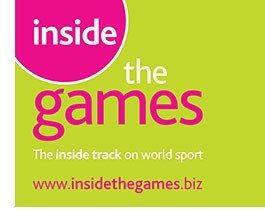 insidethegames has topped a list of the most followed media organisations in sport for the fourth consecutive year.

The table is part of the 2019 International Sports Federations Social Media Ranking, an annual survey carried out by Burson Cohn & Wolfe Sports Practice.

World Rugby had the highest number of Instagram followers and the most followed federation leader on Twitter was World Athletics President Sebastian Coe.

There was a three-way tie for the most followed active athlete by federations, between tennis players Novak Djokovic and Rafael Nadal and footballer Neymar Jr.

The Instagram post with the "most impact" was a World Athletics video of Guinea-Bissau's Braima Suncar Dabo helping Aruba's Jonathan Busby to the line in the men's 5,000 metres at the World Championships in Doha.

A FIBA post about The Philippines winning men's and women's gold at the Southeast Asian Games was the most impactful on Facebook.

Key general findings include Instagram taking the lead in interactions and reach with younger audiences, including athletes, volunteers and fans.

Facebook is the primary focus of most sport organisations' social media efforts, while Twitter is mainly used as a news-sharing platform rather than for engaging with followers.