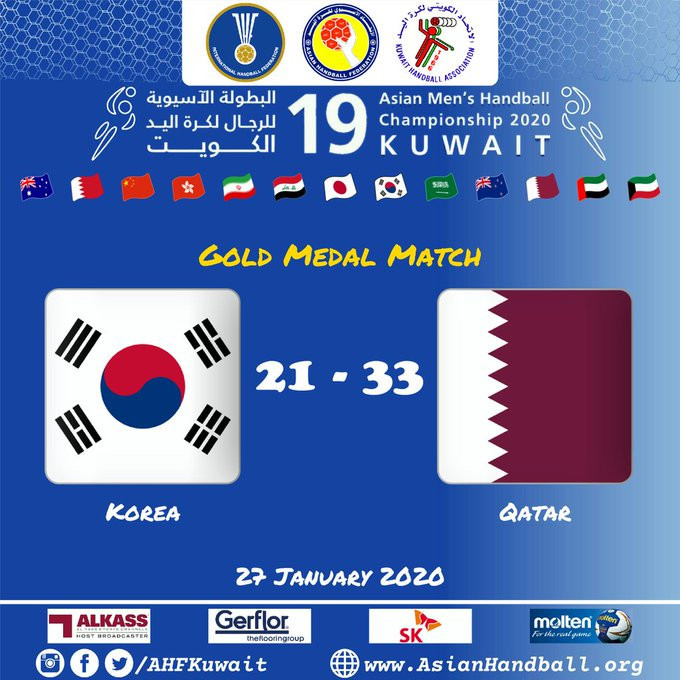 Qatar were crowned the winners of the Asian Men's Handball Championship for the fourth consecutive time after beating South Korea in the final in Kuwait City today.

South Korea were looking to claim a record-extending 10th title, but it was not to be.

They last won the biennial event in 2012, when they defeated Qatar in the gold medal match.

Earlier today, Japan edged out Bahrain by a scoreline of 27-26 in the bronze medal match.

The top four teams have all qualified for the 2021 World Men's Handball Championship, which is due to take place in Egypt from January 14 to 31.