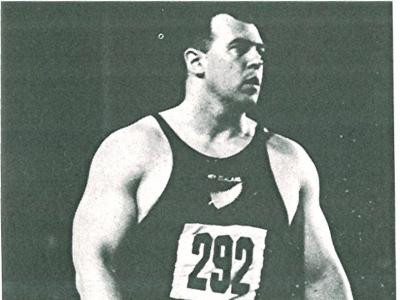 Newly-uncovered archive documents have confirmed persistent allegations that drug-use entered into the upper levels of sport in New Zealand sport around the time of the 1972 Olympic Games in Munich.

The reports were uncovered by researchers Dr Bruce Hamilton, who will oversee the New Zealand team's medical programme at this year's Olympics in Tokyo, and Greg Ryan.

One spoke of an "embedded anabolic steroid culture" in the New Zealand weightlifting team, along with parts of the track and field team.

The only individual named in the documents was discus thrower Robin Tait, who died in 1984 at the age of just 43.

It is claimed that team management were worried about the influence Tait’s brazen drug-use had on younger members of the side.

Tait won the discus at the 1974 Commonwealth Games in Christchurch.

There is no suggestion of the involvement of any of New Zealand's medallists at Munich 1972, where the country ranked 23rd with one gold, one silver and one bronze.

As reported by Stuff, Hamilton looked at the response of sports administrators when confronted with allegations of cheating, in a paper entitled Drugs, Denial and Deflection: 1972, The Year New Zealand Sport Confronted Doping.

He discovered the NZOC took a "neutral stance" at best, passing the allegations back to the individual sports bodies, which took the approach of aggressively denying them.

Hamilton and Ryan conclude in the paper that New Zealand does not have a perfect track record when it comes to dealing with anti-doping issues, and authorities "missed an opportunity to establish New Zealand-centric ethical and health-based norms aligned to a drug-free sporting environment".

"The real driver for me is, let's have a good hard look at the mistakes that have been made, and see what has changed and how we measure up now in comparison," Hamilton was reported as saying by Stuff.

"It was a really formative time.

"Worldwide, the use of anabolic steroids was fairly widespread, and New Zealand wasn't free of that influence, and that's what I found really interesting.

"There were things in terms of the broader principles of anti-doping – in particular that real ethics-based approach – that were not being considered, because they weren't ready for that."