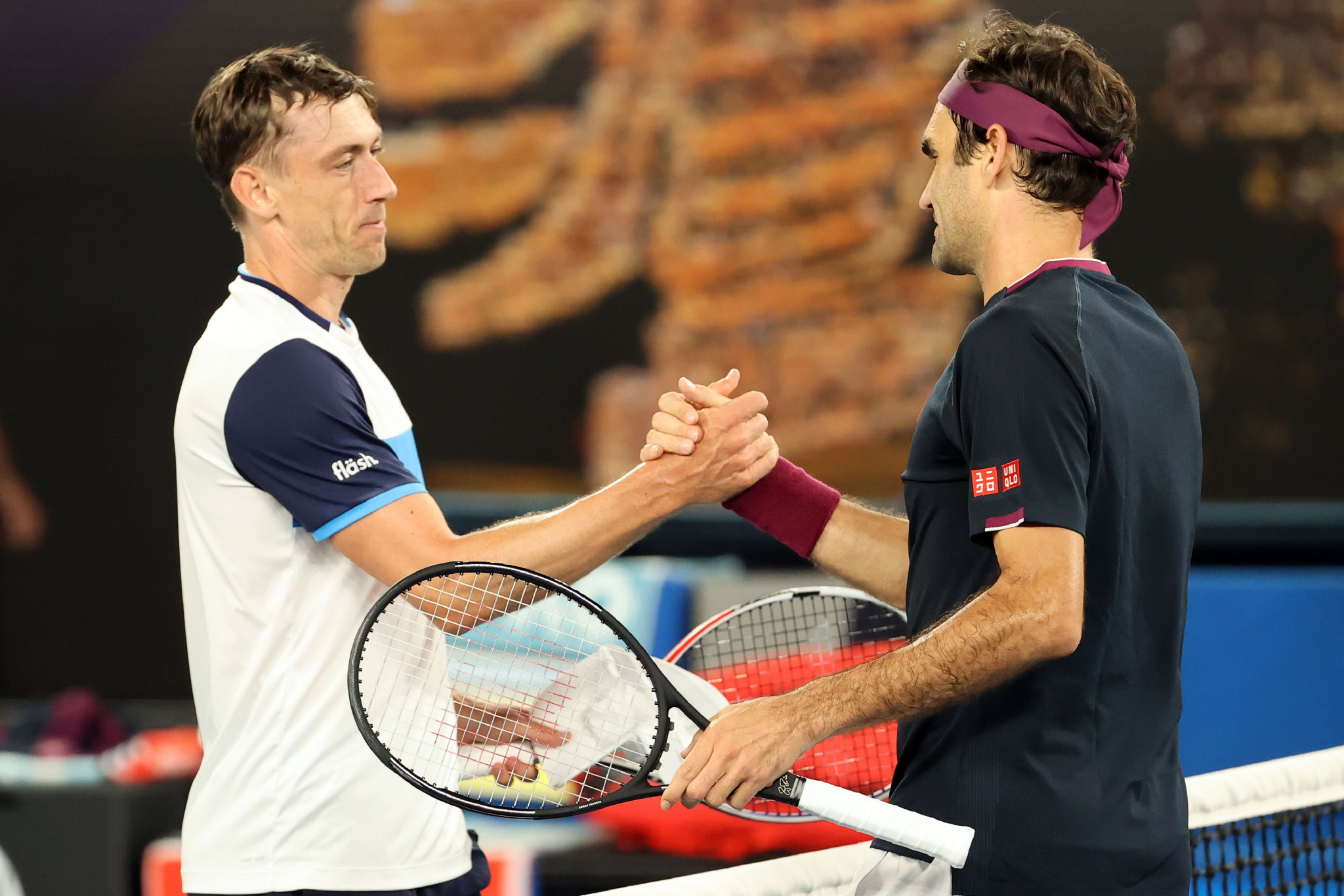 Australian sport is in the middle of another row over ball-tampering - this time with tennis player John Millman at the centre following his five-set defeat to Roger Federer at the Australian Open.

Seasoned tennis coach and ex-professional Sven Groeneveld posted a video on Twitter appearing to show Australia's Millman rubbing a ball he would later serve with on his wet shirt.

In an accompanying tweet, Groeneveld speculated: “Millman applying the old trick in speeding up the first serve by rolling the ball on his (I assume) wet shirt before he serves?”

He then went on to question whether such an action would be illegal in tennis, referencing that sports such as cricket and baseball ban athletes from applying foreign substances to the ball.

Indeed it would be were this to happen at the US Open, with United States Tennis Association rules prohibiting “any action that materially changes the condition of the ball; therefore, a player may not use a ball to wipe off perspiration.”

However, the International Tennis Federation rules are the ones relevant to the Australian Open and they make no mention of such actions.

Big-serving ex-British number one Greg Rusedski was among those to weigh in on Twitter, suggesting that rubbing the ball on his wet top would speed up Millman’s serve.

Yet Todd Woodbridge, a four-times Australian Open doubles champion, defended his compatriot, suggesting what Millman did was the same as when players place balls in the pockets of their sweaty shorts.

Swiss icon Federer has won a record 20 singles grand slam titles but needed a first-to-ten super tie-break in the fifth set to get past Millman, whose best grand slam showing remains a quarter-final appearance in the 2018 US Open.

I think the ball becomes faster as the fluff of the ball is compacted , unless you are putting it in water 😂 https://t.co/9u0QIrThXf

Millman even held an 8-4 lead in that super tie-break but could not close out what would have been a famous victory.

Federer went on to beat Márton Fucsovics of Hungary 4-6, 6-1, 6-2, 6-2 in the next round and will face American Tennys Sandgren in the quarter-finals.

As for Groeneveld, the Dutchman is perhaps best known for coaching Maria Sharapova for more than four years until 2018, but he has also worked with Ana Ivanovic, Sloane Stephens and Caroline Wozniacki among others.