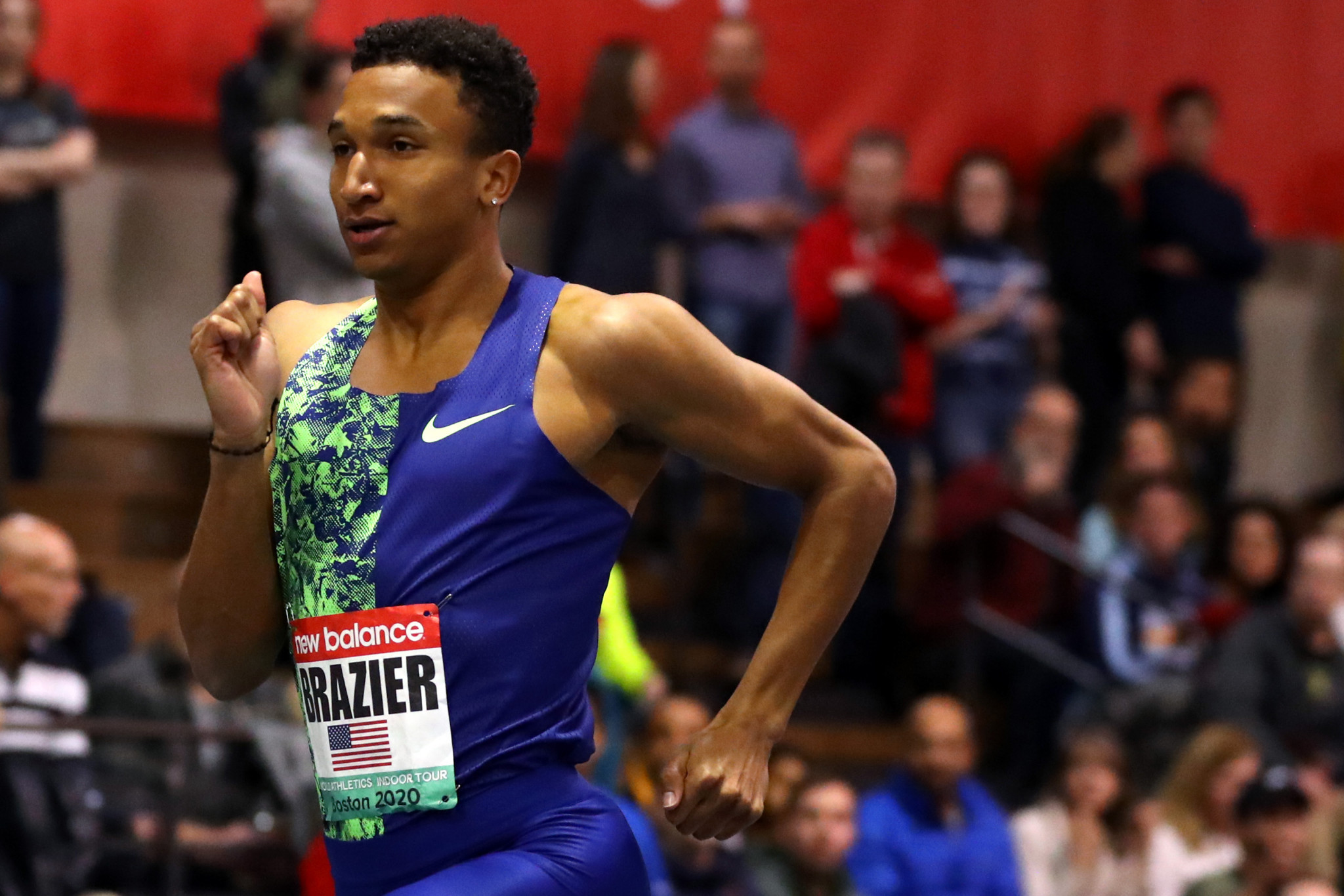 Home world champions Donavan Brazier and Nia Ali carried on where they left off in Boston today as they began their Tokyo 2020 season with dominant victories in the opening meeting of the World Athletics Indoor Tour - the New Balance Indoor Grand Prix.

Brazier, who won the world title in a United States record in Doha, finished nearly six seconds clear in the men’s 600m - last event of the night at the Reggie Lewis Center - in a meeting record of 1min 14.39sec, just shy of his own world indoor best time of 1:13.77 from last year.

"It feels great," Brazier said after his first race since the World Championships.

Ali was also getting into top class action for the first time since victory in Doha, where she took gold in the 100m hurdles.

She had a tougher proposition than Brazier in her 60m hurdles, but responded in fine style to win in 7.94sec, her fastest indoor time since winning the 2016 world indoor title.

In the women’s 1500m, Jessica Hull of Australia outsprinted Konstanze Klosterhalfen of Germany over the final 50 metres to win in 4:04.14, taking more than two seconds off the Oceanian indoor record.

Klosterhalfen, the world 5000m bronze medallist, was second in 4:04.38 with Ciara Mageean breaking her own Irish indoor record as she finished third in 4:06.42.

In his first indoor race as a professional, home athlete Bryce Hoppel, who finished fourth in the world 800m final after a season in which he had gone unbeaten on the collegiate circuit, earned a first win, clocking 2:17.41 for the 1,000m.

Britain’s European and Commonwealth medallist Jake Wightman, who had led into the final lap, was second in a British indoor record of 2:17.51.

Trayvon Bromell, running the 60m for the first time since winning the 2016 world indoor title at the distance, finished seventh in 6.84 as the race went to Demek Kemp in 6.50sec.

The World Athletics Indoor Tour is next due to stop in Karlsruhe on January 31 before meetings in Düsseldorf on February 4, Torun in Poland on February 8 and Glasgow on February 15.

The event is set to embrace a new venue, Liévin in France, on February 19, before the final stop in Madrid on February 21, when the Series champions will be determined.