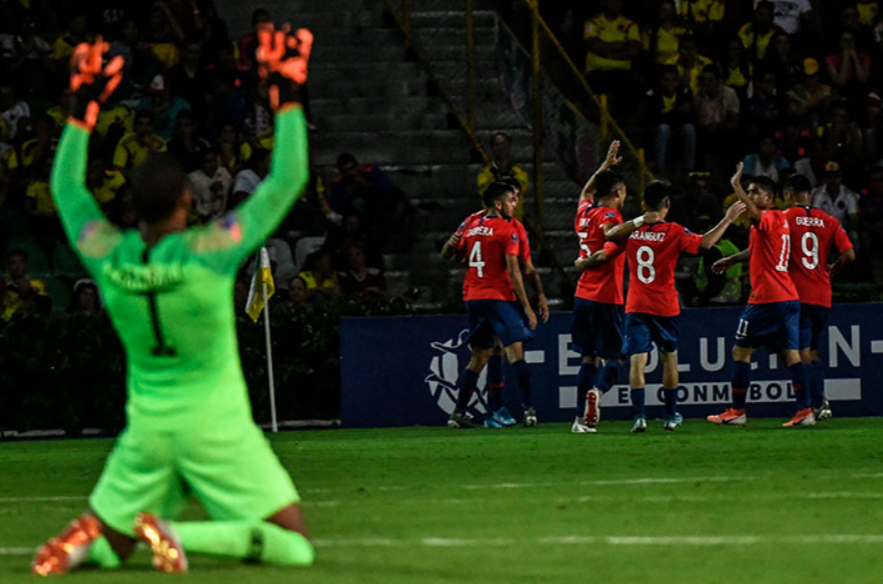 The Pre-Olympic Tournament offers two spots at the Olympic Games in Japan's capital, with 10 countries in contention.

The top two teams in each group of five will advance to another group of four, from which the top two will qualify for Tokyo 2020 - and Chile are well on their way from Group A.

They followed up a 3-0 win over Ecuador with a tight victory against a valiant Venezuela at Estadio Centenario, Armenia, who only conceded in the 82nf minute - thanks to a strike from Ángelo Araos.

In the other Group A match, Colombia recovered from their defeat to Argentina with a convincing 4-0 drubbing of Ecuador, who look to be the group's weakest side.

Argentina return to action in three days, when they face Chile, while Venezuela face off against Ecuador.

They face Uruguay in a mouth-watering clash, who also registered a 1-0 victory first-up, over Paraguay.

It's now essential that Paraguay get a result against Bolivia.

The final matchday is on February 9.