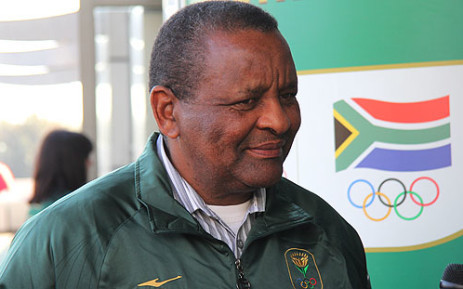 Gideon Sam has reflected on his tenure as President of the South African Sports Confederation and Olympic Committee (SASCOC) after he stepped down to be replaced by Barry Hendricks.

Sam has led the organisation since 2008 but has to leave the post having reached the age limit of 70 last August.

His final term has been marred by controversy after a Government inquiry in 2018 claimed SASCOC was "factional and dysfunctional", along with claims it has failed to meet governance compliance standards and wastes money.

"If you look across the country, which organisation does not get investigated or looked into? It’s a normal process within our South African context," Sam told City Press.

"So SASOC is not immune [to this interrogation].

"There is no doubt in my mind that the first eight years were good and, as they say in the Bible, those were the fat years."

Under Sam, South Africa posted its best-ever Olympic performance at London 2012 when they won a total of six medals, including four gold.

Caster Semenya was upgraded to the gold medal in the women's 800m in 2017 after the original winner, Russia's Mariya Savinova, was disqualified for doping.

Sam, whose middle name is Napoleon, has also faced accusations he has run SASCOC in a heavy-handed manner.

"I was a headmaster and a rugby manager in the olden days," he told City Press.

"My colleagues at the school used to tell the players not to 'mess with this short man' because they knew I would go hard on them if they were to lose games with stupidity."

Hendricks, the President of Squash South Africa, who has today officially taken over from Sam, was elected first vice-president at the SASCOC Annual General Meeting last month.

Sam, a vice-president of the Commonwealth Games Federation, is due to stay on the SASCOC Board until at least new elections are due to be held on March 28.

"Some asked me to stay on, but I have served my time," he told City Press.

"The date for the elections has been set and the new Board must take over until to the 2024 Paris Olympics."