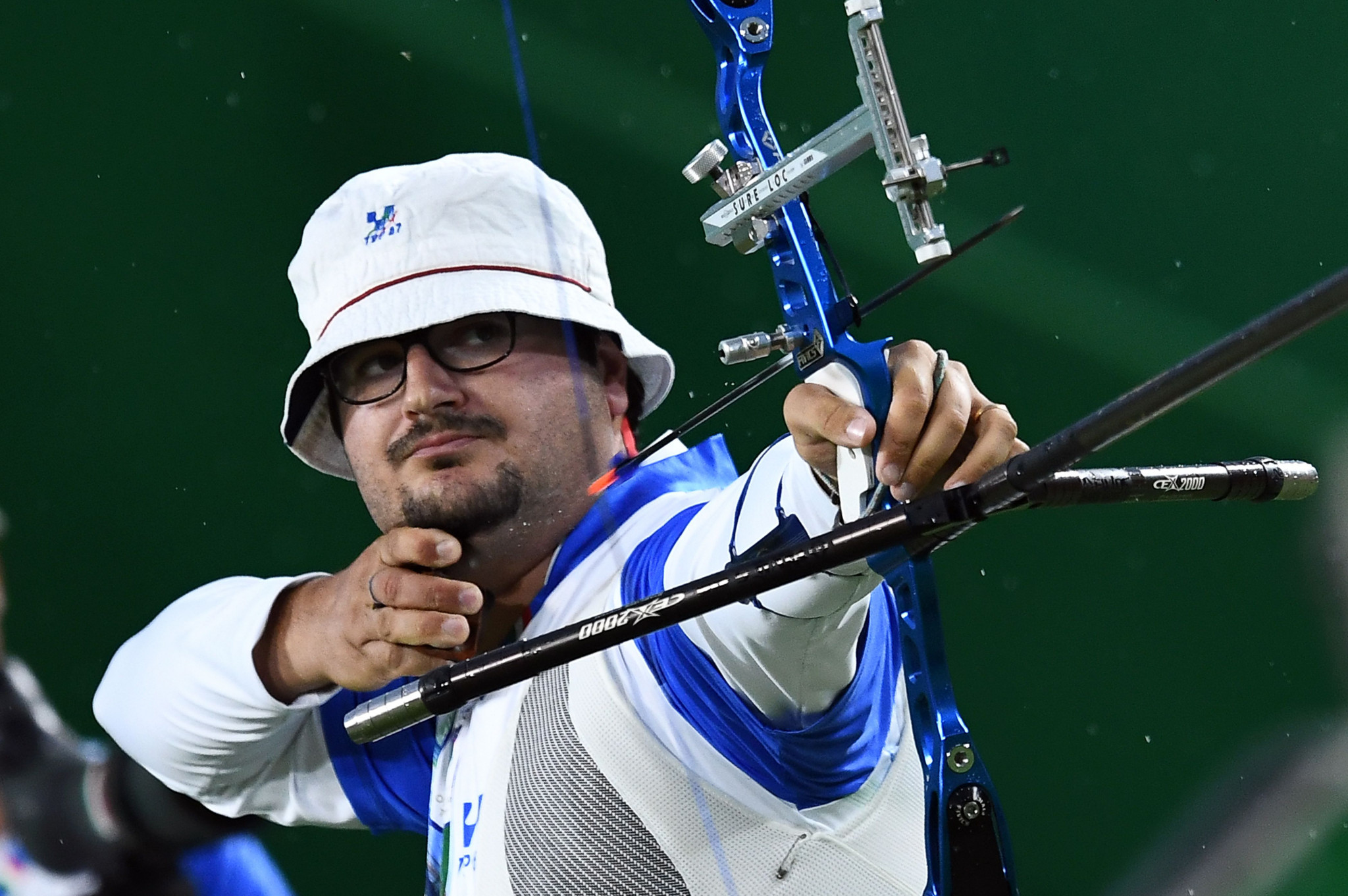 The Italian defeated the reigning world champion 6-4 at the Fiera Roma, with both athletes taking part in the TRUBall/Axcel Roma Archery Trophy.

Galiazzo - a two-time Olympic gold medallist, claiming individual gold at Athens 2004 and team gold at London 2012 - overcame Crispin Duenas of Canada 7-3 in the quarter-finals, before edging past Gasper Strajhar of Slovenia 6-5.

Jack Williams of the US was the bronze medallist, beating Strajhar 6-2.

Dave Cousins of the United States was the victor in the men's compound, overcoming Valerio Della Stua of Italy 145-143.

Completing the podium was Mike Schloesser of the Netherlands, a narrow 150-149 victor against Stas Modic of Slovenia.

Sarah Prieels of Belgium was the gold medallist in the women's compound after breaking the women's 60-arrow 18-metre compound ranking round world record yesterday.

She secured a 148-147 result against Amanda Mlinaric of Croatia, with Paige Pearce of the United States edging past Natalia Adeeva of Russia 146-145.