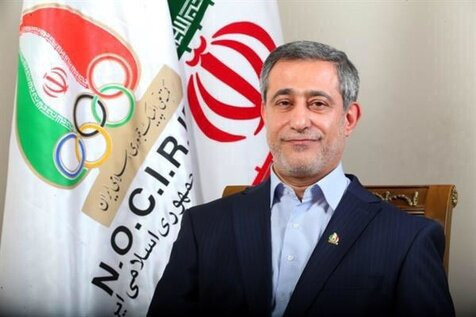 Keykavous Saeidi has been officially appointed as permanent secretary general of the National Olympic Committee of the Islamic Republic of Iran.

He replaces Shahrokh Shahnazi, who was arrested in May over allegations of financial misconduct after being chased by creditors.

Saeidi, previously the head of Iran's Golf Federation, had been working on a part-time basis since Shahnazi left.

Shahnazi had been secretary general of Iran's NOC since 2013.

He had previously been Iran's Chef de Mission at the 2000 Olympic Games in Sydney, where the team won four medals, including three gold - their best-ever performance at that point.

Shahnazi left shortly after the country's National Olympic Committee signed a letter with the International Judo Federation (IJF), promising they would "fully respect the Olympic Charter and its non-discrimination principle" in future competitions.

Iranian judoka had refused to face Israeli athletes for the best part of 40 years, with the countries locked in a protracted diplomatic feud.

To avoid facing Israeli competitors, Iranian athletes have often feigned injury or ensured they failed to make the weight.

Others have deliberately lost their preceding bout, often acting on an order from the Government.

Shahnazi had insisted on Iranian television last year that "Tehran does not recognise Israel, and Iranian athletes will never compete with an Israeli or participate in a medal ceremony where an Israeli is present".

The IJF subsequently suspended the sport's governing body in Iran in October, after pressure applied to judoka Saeid Mollaei at the World Championships in Tokyo in August to avoid facing an Israeli rival.

Among those Mollaei claimed ordered him not to fight Sagi Muki in the men's under-81-kilograms at the World Championships in Tokyo in August was Iran NOC President Reza Salehi Amiri.

He has now been cleared by the IJF to compete for Mongolia.