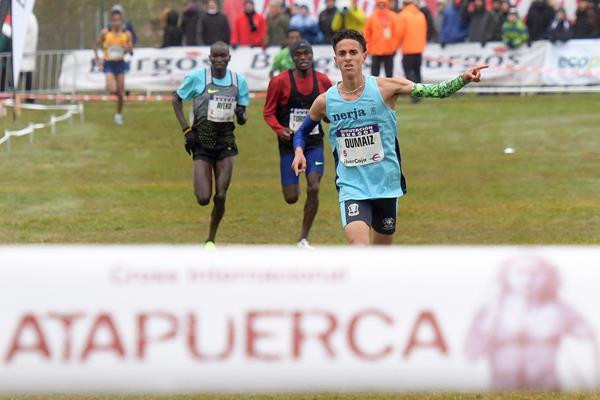 The Cross Internacional de Soria is set to make a unique piece of history when it stages the first international event under the banner World Athletics, the new name for the sport's governing body.

The Spanish city of Soria will host the second leg of this year's World Athletics Cross Country Permit a few days after the new name officially replaces the International Association of Athletics Federations.

The men’s 10 kilometres race is expected to feature the top stars from the opening Cross Country Permit race of the new season in Atapuerca last Saturday (November 9), including the surprise winner, Spain's Ouassim Oumaiz, the silver medallist in the under-23 race at last year's European Cross Country Championships.

Uganda's Thomas Ayeko and Timothy Toroitich, second and third last weekend, respectively, will be hoping to get the better of him this time.

Oumaiz, born in Spain to Moroccan parents, moved to the Madrid high-performance centre two years ago to train under the guidance of Antonio Serrano, and tomorrow's race is expected to his last before this year's European Cross Country Championships in Lisbon on December 8.

History, however, is against Oumaiz in Soria.

The last six winners of the event have all come from Uganda, a sequence started by Dickson Hiru in 2013 and extended by Toroitich, champion for three consecutive years from 2014 until 2016, and Jacob Kiplimo, a commanding winner in 2017 and 2018.

Spain's Teresa Urbina and Bahrain's Rose Chelimo look to be the main contenders in the women's 8km race.