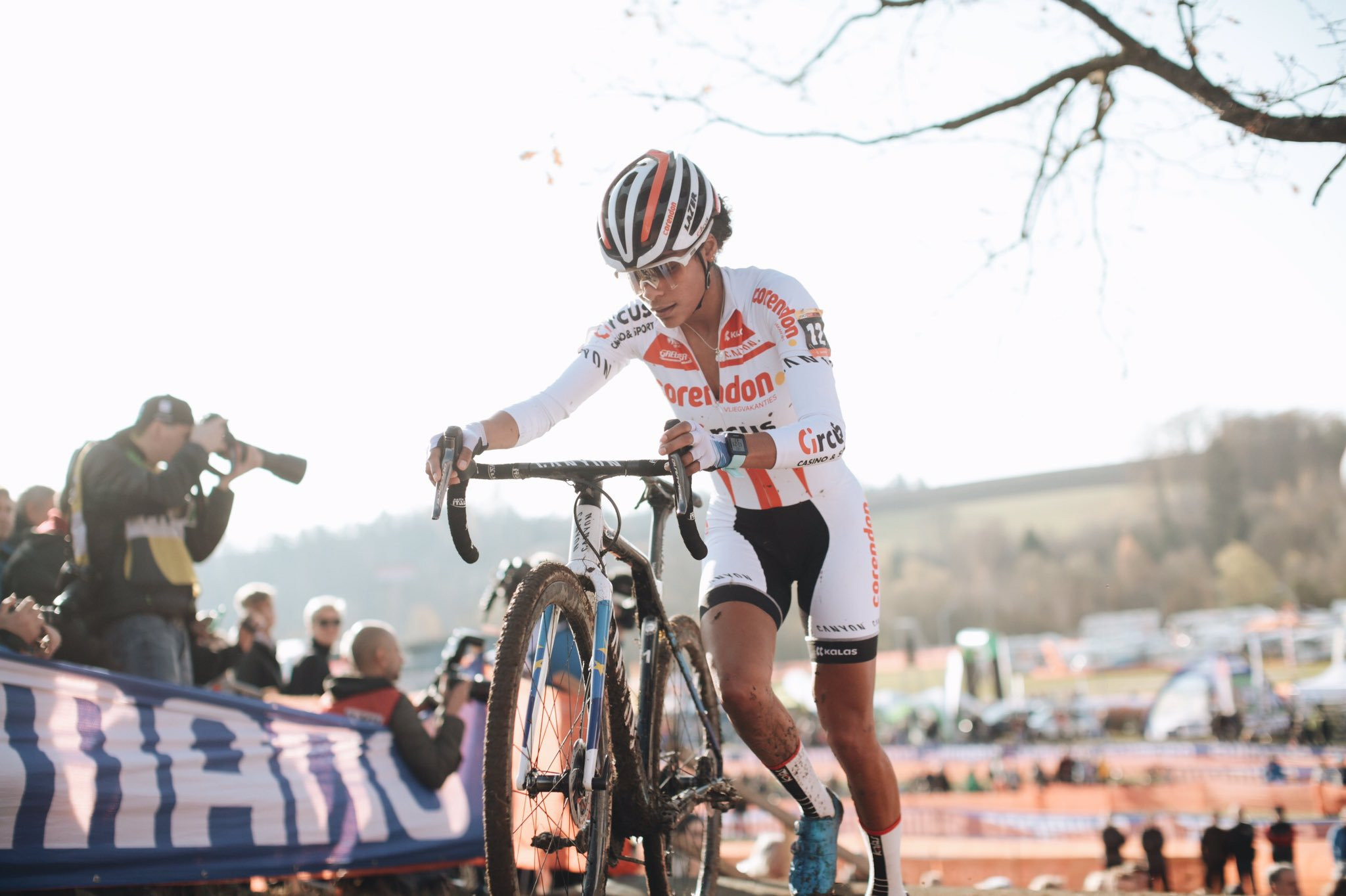 The Dutch rider was locked in a fierce battle with Carmen Alvarado on the fourth of five laps, as European champion Yara Kastelijn chased them 12 seconds behind.

But with less than half a lap to go, Worst made her move on the technical corners and claimed the victory in 44min 45sec, as Alvarado had to settle for second place 10 seconds back.

Kastelijn claimed bronze in 45:05 as Tabor's 2018 World Cup winner, Lucinda Brand, fought back to claim a Dutch top four in 45:08 after taking a tumble during the opening laps.

Overall standings leader Katerina Nash endured a difficult day on home soil, but holds on to her overall lead in the Czech Republic.

Maghalie Rochette of Canada had a marginally better day in 16th position and remains in second place in the World Cup rankings on 210 points, with American Kaitlin Keough third on 192.

Worst's victory lifts her up to sixth place overall on 160 points.

Van der Haar led the trio going into the last lap as a thrilling battle ensued but as the Dutchman dropped back, it was van der Poel and Iserbyt who contested the World Cup stage.

The duo crossed the line together as they both clocked 1 hour 1.56min but van der Poel was deemed to have pipped his rival to the line for the victory.

He leads Belgian rivals Toon Aerts and Michael Vanthourenhout in second and third places, having amassed 265 and 238 points respectively.

In the men's under-23 race, Briton Thomas Mein moved clear on lap five to earn a remarkable victory in Tabor.

Mein moved through the field consistently before crossing the line 11 seconds clear of Switzerland's Kevin Kuhn.

Antoine Benoist from France rounded out the podium in 48:52, pipping Belgian Gerben Kuypers to bronze as the duo clocked the same time.