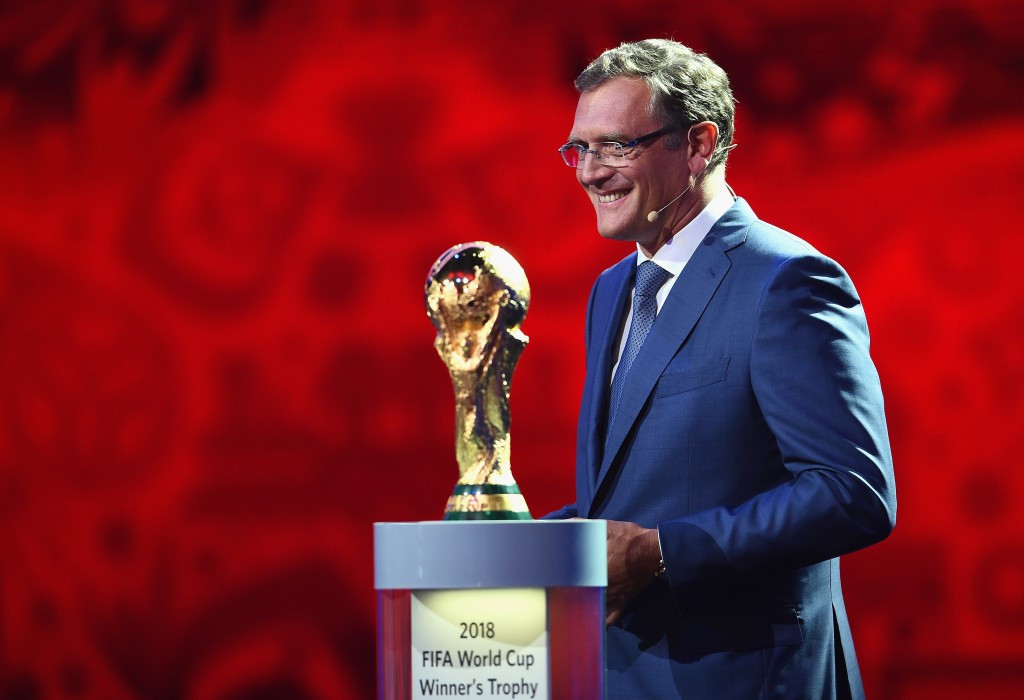 Former FIFA secretary general Jérôme Valcke has appealed to the European Court of Human Rights in a final attempt to clear his name and have his 10-year ban from the sport overturned.

The Frenchman was sacked by football's world governing body in January 2016 over the alleged sale of World Cup tickets, abuse of travel expenses, attempting to sell television rights below their market value and destruction of evidence.

The 59-year-old has already appealed unsuccessfully at both Court of Arbitration for Sport (CAS) and the Swiss Supreme Court but, according to the French media, lodged his case with the European Court of Human Rights on November 2.

When it rejected his appeal in May, the Swiss Supreme Court turned down his claim that he was denied a fair trial at CAS.

Valcke has denied any wrongdoing, but is still implicated in a criminal investigation by Swiss Federal prosecutors, including an allegation that he was bribed with the use of a luxury villa in Italy in a World Cup broadcast rights deal allegedly involving Paris Saint-Germain President Nasser Al-Khelaifi.

When CAS issued its full written judgement 14 months ago dismissing Valcke's appeal against his 10-year ban, it revealed FIFA had spent $11.7 million (£8.9 million/€10.4 million) in less than three years on private jets.

The flights included a sightseeing trip to the Taj Mahal, a meeting with the Emir of Qatar in Doha, and taking his family and a children's nanny to the FIFA World Cup qualifying draw in July 2015 in Saint Petersburg.

CAS also revealed that in 2013, then FIFA director of finance Markus Kattner had warned Valcke to find "more cost efficient alternatives whenever possible".

CAS concluded its reported by claiming Valcke's further "grave misconduct" of exploring a black market ticket deal for the 2014 FIFA World Cup in Brazil was worth a 10-year ban in itself.