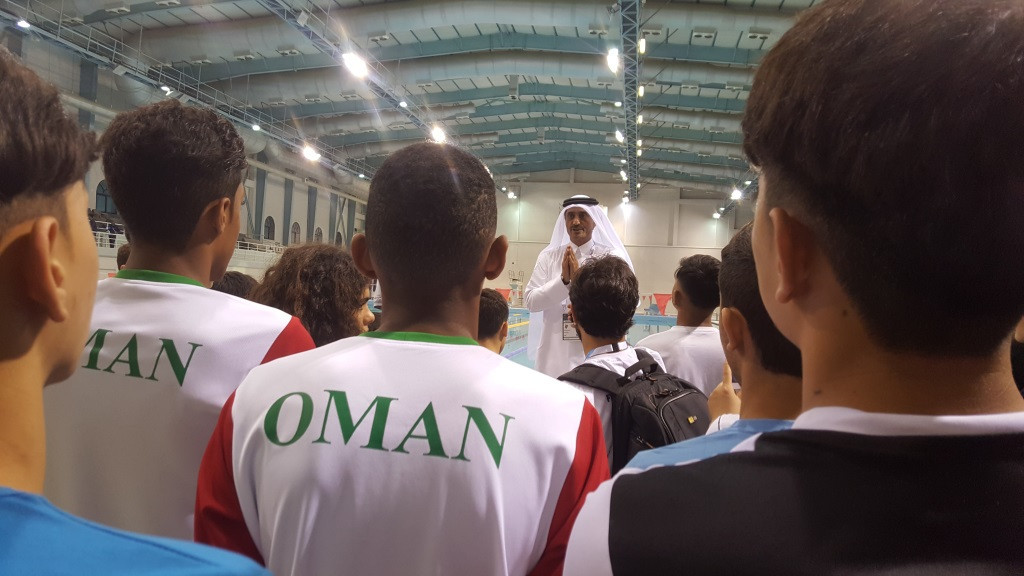 A youth swimming camp being held by the Olympic Council of Asia (OCA) in Qatar has welcomed 66 young athletes from 33 countries.

The nine-day event began on Wednesday (November 6) at the Hamad Aquatic Centre in Doha.

It is being held alongside the International Swimming Federation World Cup in the Qatari capital, which began on Thursday (November 7).

Paid for using money from the International Olympic Committee's Olympic Solidarity fund, the aim of the camp is to help bring on future Asian swimming stars.

The youngsters are taking part in three-hour training sessions in the morning and afternoon, and also have the chance to learn from the best by watching the World Cup races.

"This is a good opportunity to witness world class swimmers in action, athletes like Chad le Clos, Cate Campbell and Katinka Hosszú," said Khaleel Al-Jabir, the President of the Qatar Swimming Association and a sports director at the Qatar Olympic Committee.

"These are big stars, multiple gold medallists, and seeing them in action will be a huge learning experience for these young kids at the youth camp.

"Watching the top stars swim will be part of their learning experience and it is opportune that this camp is taking place now."

Pierre Lafontaine, the former coach of the Canadian Olympic swimming team, is the camp's instructor.