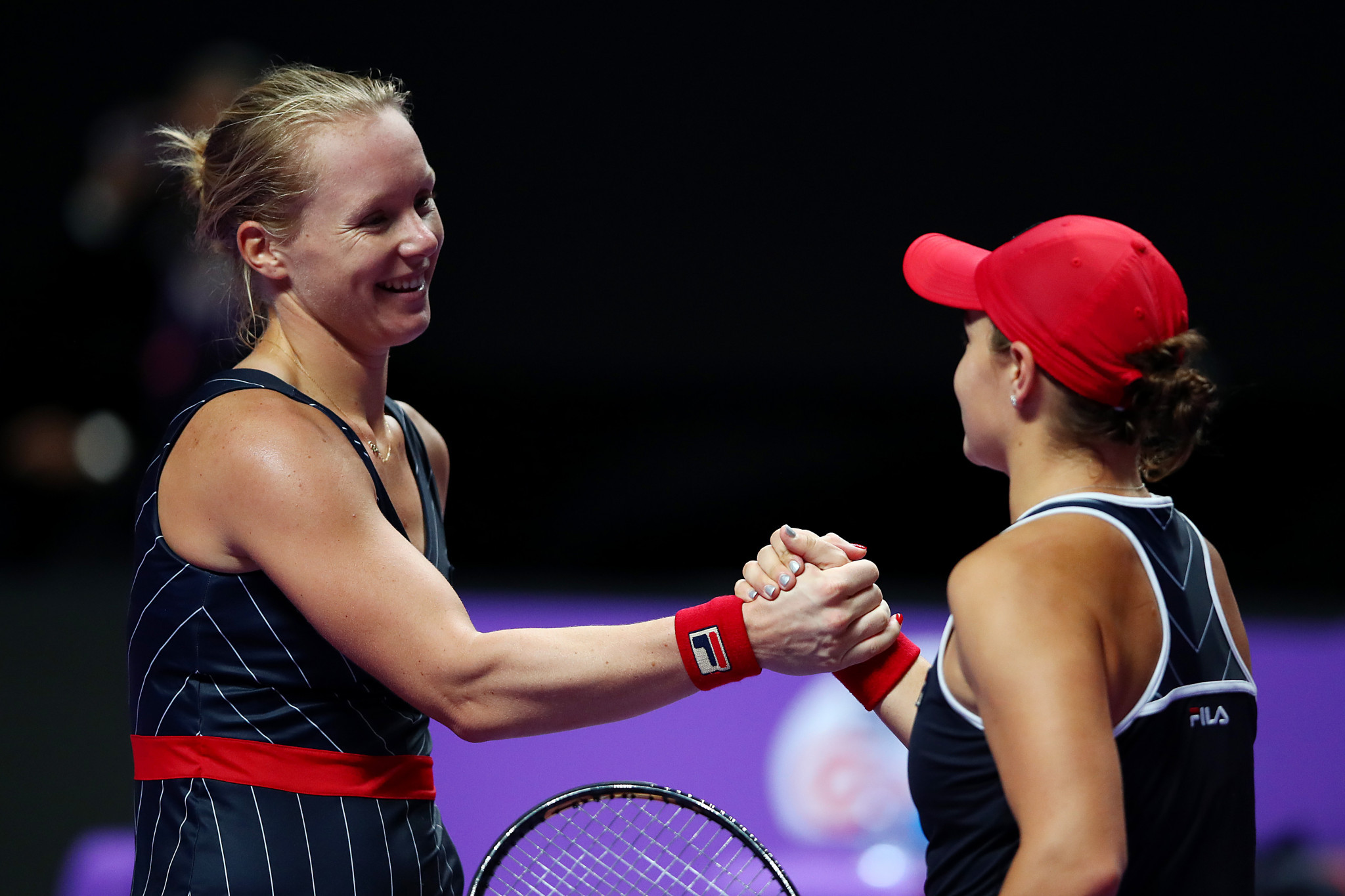 The Dutch world number 10 replaced Naomi Osaka, who was forced to pull out due to a shoulder injury.

The match appeared to be going to script, when Australian Barty took the first set 6-3 and was a break up in the second.

But she wasn't able to sustain her good form, with Bertens coming back to win the next two sets 6-3, 6-4.

"It is a great atmosphere and it's the last tournament of the year so I am trying to give all the energy I have left in me," Bertens said.

"In the beginning I wasn't playing as well and had to feel the court and got better and better as I tried to play aggressively and it turned out pretty well."

In the second match of the day, Swiss Belinda Bencic won another close encounter, eventually proving too strong for the Czech Republic's Petra Kvitova.

The world number seven dominated the first set, but Kvitova hit back strong in the second.

Bencic's win means all four players can get out of the Red Group, while Bertens will only play two matches because of her late entry - the two meet next.

Kvitova could still qualify despite two defeats, but she has to beat Ashleigh Barty.

The WTA Finals event features the world's top eight players competing in two round-robin groups of four, with the winners and runners-up advancing to the semi-finals.