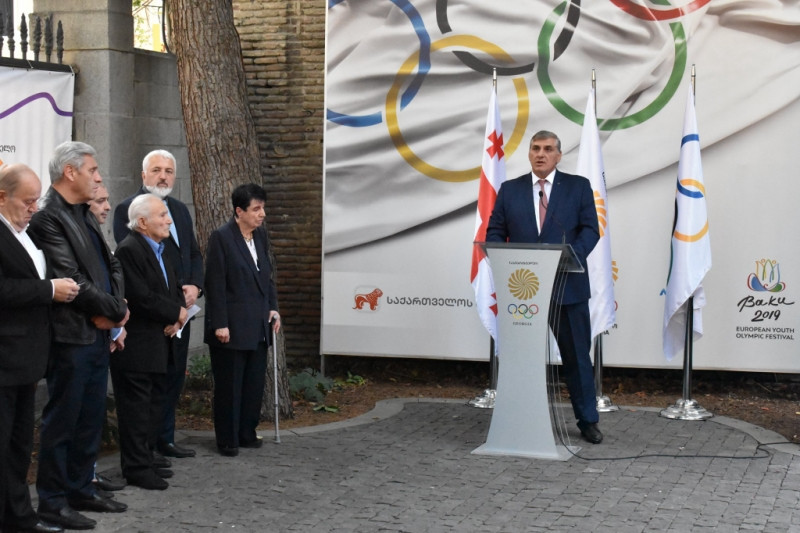 The event was attended by GNOC President Larry Khabelov, Georgian Olympic champions, officials from the Georgian ministries of education, science, culture and sports, and representatives from the country's National Sports Federations.

The first President and vice-president of GNOC, Nona Gaprindashvili and Elguja Berishvili, were present, as was Japanese Ambassador to Georgia Tadaharu Wehara.

A special documentary was shown during the reception, with a photo exhibition highlighting the main stories of GNOC's 30-year history also on display.

Prior to the main celebration, a memorial plaque was opened at the entrance to the Tbilisi Chess Palace.

"Thirty years ago, on October 6 1989, a very important story happened at the Tbilisi Chess Palace - the National Olympic Committee of Georgia was founded," Khabelov said.

"From that moment on, Georgian Olympic sport paved the way for independent development, and that happened even before the collapse of the Soviet Union.

"In difficult and dramatic years, in the new political reality, the National Olympic Committee was the vanguard of Georgian sport and sports federations, paving the way for our athletes to enter the international race."