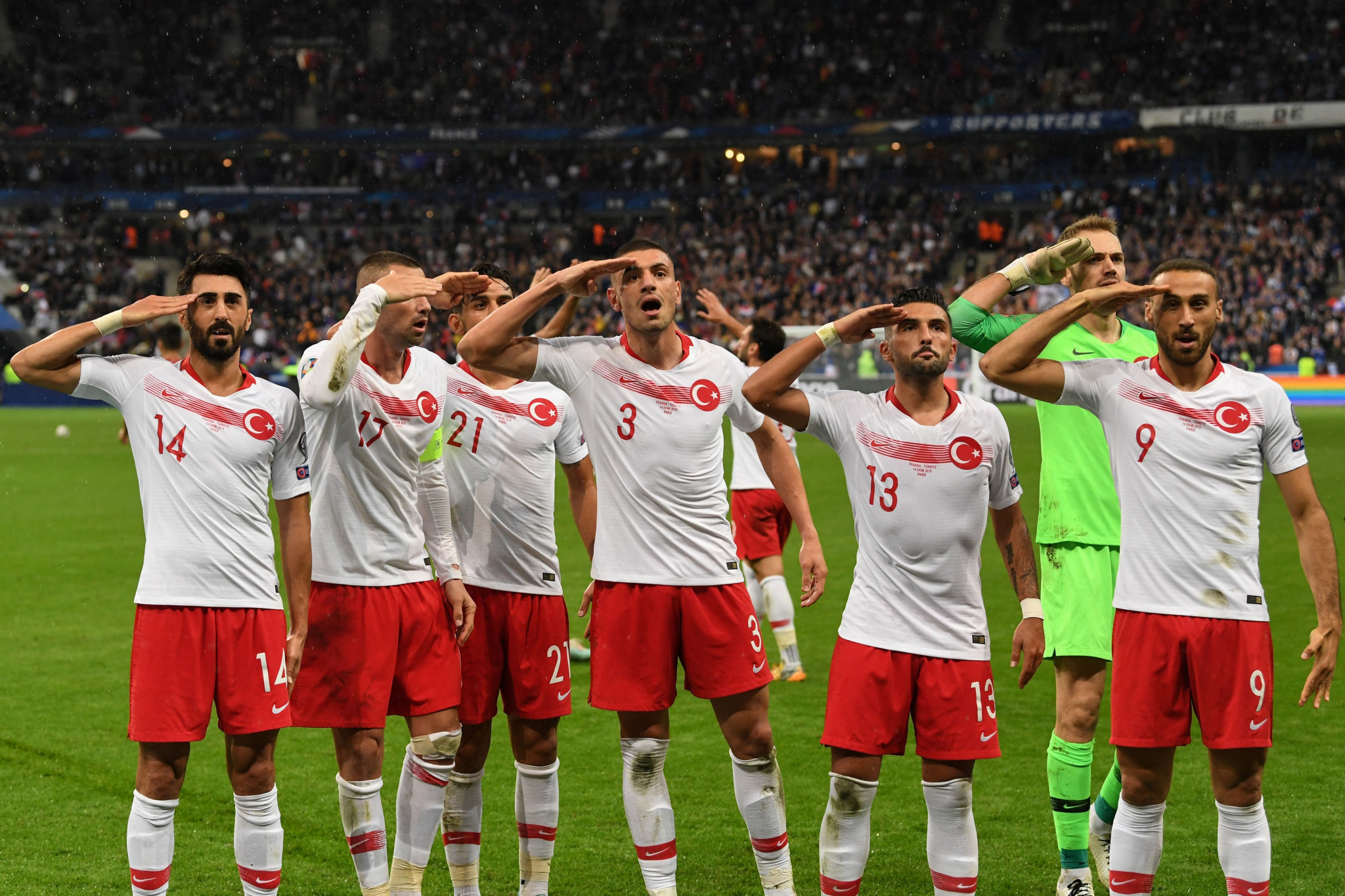 Thanking French security forces for helping to ensure the smooth running of what was seen as a high-risk encounter, Maracineanu added: "The Turkish players spoilt these efforts by conducting a military salute, contrary to the sporting spirit.

"I ask UEFA for an exemplary sanction."

On a night when football's ugly side overshadowed events on the pitch in Euro 2020 qualifiers, a disciplined defensive display by Turkey saw them hold the world champions to a 1-1 draw to remain top of Group H.

It was the second time in Euro qualifying that Turkish players had used a salute to celebrate scoring, in a gesture interpreted universally as a sign of support for Turkish soldiers.

The country last week launched a major offensive against Kurdish forces in northern Syria in the wake of a recent US announcement that all American troops in the region would leave.

Prior to the match, a joint statement by French foreign minister Jean-Yves Le Drian and armed forces minister Florence Parly announced an immediate suspension of the sale of arms that might be deployed in the Turkish offensive in Syria.

Le Drian was reported to have decided to snub last night's match.

UEFA said following the initial Turkish salute in a match against Albania that it would examine the situation.