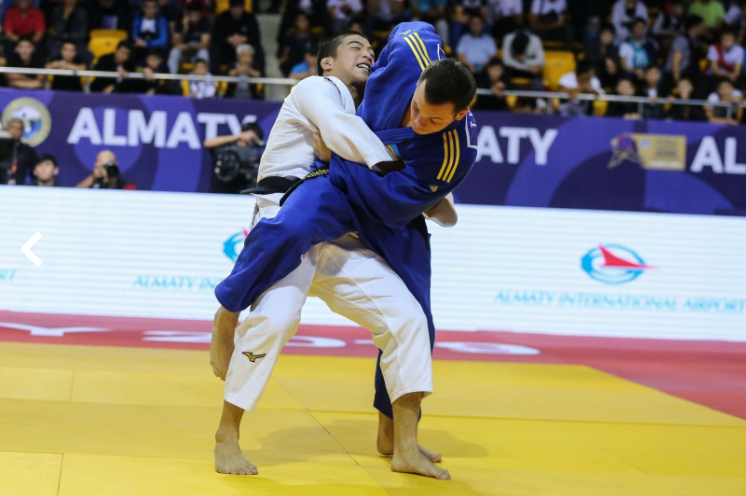 Japan have risen to the top of the medal table at the World Cadet Judo Championships with two more golds in Almaty.

They started and finished today with victories, in the women's under-57 kilogram event and the men's under-81kg at the Baluan Sholak Sports Palace.

Otake Ryunosuke ended the day well for Japan as he beat Tymur Valieiev in the under-81kg, the Ukrainian judoka accumulating three shido penalties.

Aidar Arapov won bronze for the host nation Kazakhstan in this weight category, as did Russia's Ikhvan Edilsultanov.

The Japanese fighter, competing in her first ever international competition, won thanks to an excellent ne-waza, topped with an ippon by osae-komi.

"I had to adjust my judo as the matches were passing," she said after her victory.

"I felt that my level was improving.

"Upon reaching the final I was willing to give everything I had taken advantage of, what I had learned throughout the day, and it worked."

There was disappointment for Japan in the women's under-63kg, however, as Yazawa Auri was defeated by Turkey's Habibe Afyonlu.

Afyonlu, who beat Belgian world number one Alessia Corrao in the semi-final, threw Auri with ura-nage for ippon inside the first minute of their bout.

Croatia's Katarina Kristo took bronze, as did Corrao, who in an earlier round beat Lai Ruo-Ting of Chinese Taipei with an ippon after just five seconds.

The only final without a Japanese representative was the men's under-73kg, with top seed Adam Kopecky of Czech Republic beating Musa Şimşek from Turkey.

Competition in Almaty is due to conclude tomorrow.