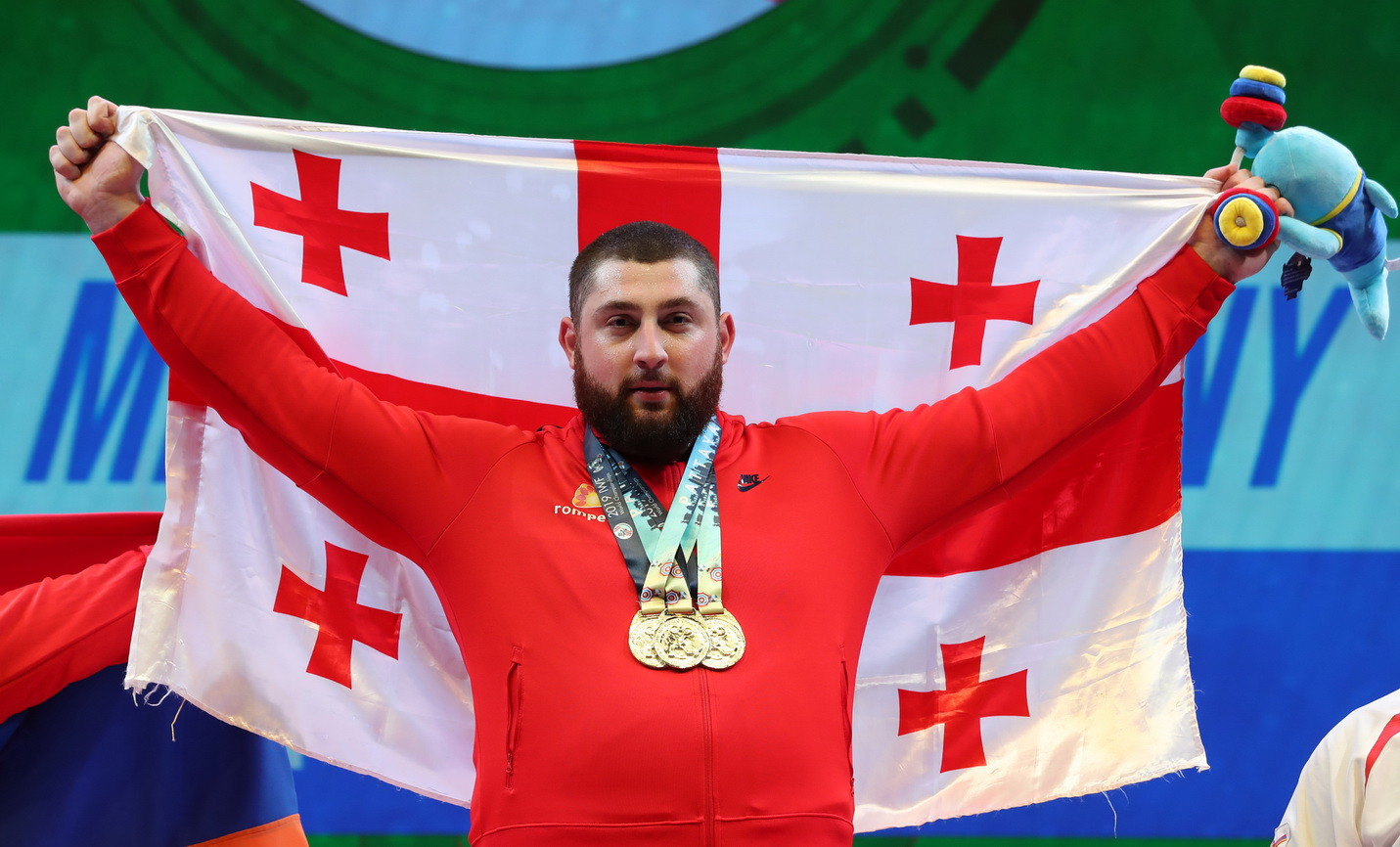 Georgia’s Lasha Talakhadze broke his own world records in the men’s over-109 kilograms snatch, clean and jerk and total as the International Weightlifting Federation (IWF) World Championships ended in explosive fashion here today.

The 25-year-old did enough to defend his snatch and clean and jerk titles with his second attempts, at 215kg and 255kg respectively, and he then went about breaking his global marks set at his home European Championships in Batumi in April.

That gave the Rio 2016 gold medallist and now four-time world champion a total of 484kg, six kilograms more than he managed earlier this year.

Armenia’s Gor Minasyan had to settle for all three silver medals, ending on 212kg in the snatch and 248kg in the clean and jerk for a total of 460kg.

Compatriot Ruben Aleksanyan was the overall bronze medallist with 437kg, having come sixth in the snatch with 192kg and third in the clean and jerk with 245kg.

He declined the opportunity to take his final attempt in the clean and jerk.

The third-place finisher in the snatch was Algeria’s Walid Bidani with 200kg, securing his country’s first and only medal of the 10-day event.

He came fifth overall with 431kg, which was one kilogram less than Belarus’ Eduard Ziaziulin managed.

In the women's over-87kg event, China's Li Wenwen claimed a hat-trick of gold medals before breaking the clean and jerk and total world records.

The 19-year-old won the snatch with 146kg - one kilogram less than her world record - and did enough to triumph in the total with her first clean and jerk good lift at 175kg.

Both those records previously belonged to Russia's Tatiana Kashirina, the silver medallist in all three events today.

The defending champion managed 140kg in the snatch and 178kg in the clean and jerk for a total of 318kg.

Kashirina now has 24 medals from her eight appearances at the IWF World Championships.

She is joint second on the all-time medal list, with Colombia's María Isabel Urrutia and Chinese Taipei's Chen Shu-Chih.

The record of 33 is held by Hungary's Mária Takács.

The overall bronze medallist was Rio 2016 champion Meng Suping of China with 311kg, after she third finished in both the snatch and clean and jerk, with 137kg and 174kg, respectively.