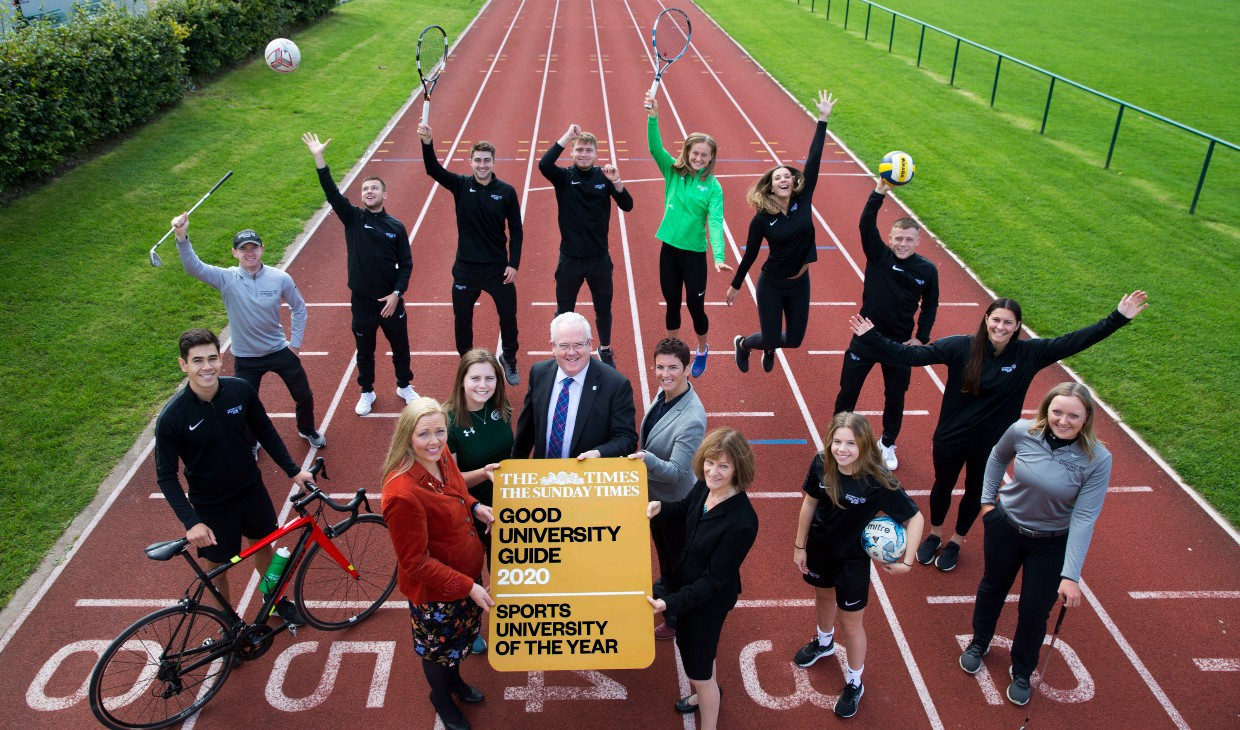 The accolade was published in the newspaper's Good University Guide and is a first for a Scottish university.

"Stirling leaves an indelible mark on the sports pitches of universities the length of Britain," said Guide editor Alastair McCall.

"Backed by some outstanding facilities that house the Scottish national centres for swimming and tennis already, a new £20 million ($25 million/€23 million) sports complex comes on stream this year to make the sporting experience better still.

"Academically, its suite of sports-based courses also rank the university in the UK top 20.

"Taken together, the combination of success in both the study and practice of sport puts Stirling in a league of its own – and right at the top."

Sporting alumni from Stirling include swimmer Duncan Scott, a double Olympic silver medallist who won six medals at the Gold Coast 2018 Commonwealth Games, including one gold.

Golfer Catriona Matthew, who won the British Open in 2009 and captained Europe to Solheim Cup success against the United States this month, also attended.

Professor Gerry McCormac, the university's principal and vice chancellor, said: "The University of Stirling is tremendously proud to be named The Times and Sunday Times UK Sports University of the Year 2020.

"This prestigious designation is important recognition of the hard work, enthusiasm and achievements of our students and staff.

"As Scotland's university for sporting excellence, our mission is to deliver the best for Scottish sport through the powerful and inspirational combination of sport and education – and to make a difference in sport and health globally through world-leading research and teaching.

"Through our world-renowned performance programmes, we are at the forefront of helping and inspiring athletes to fulfill their sporting and academic potential.

"We take great pride in having produced some of the finest British talent – including Olympic and Commonwealth Games medallists.

"We are currently laying the foundations for the future with a £20 million redevelopment of our sports centre.

"It will see the creation of an iconic new complex, integrated with existing world-class facilities, which will help nurture talent and provide a state-of-the-art setting for our students, staff and wider community, in which to train, play and stay healthy."