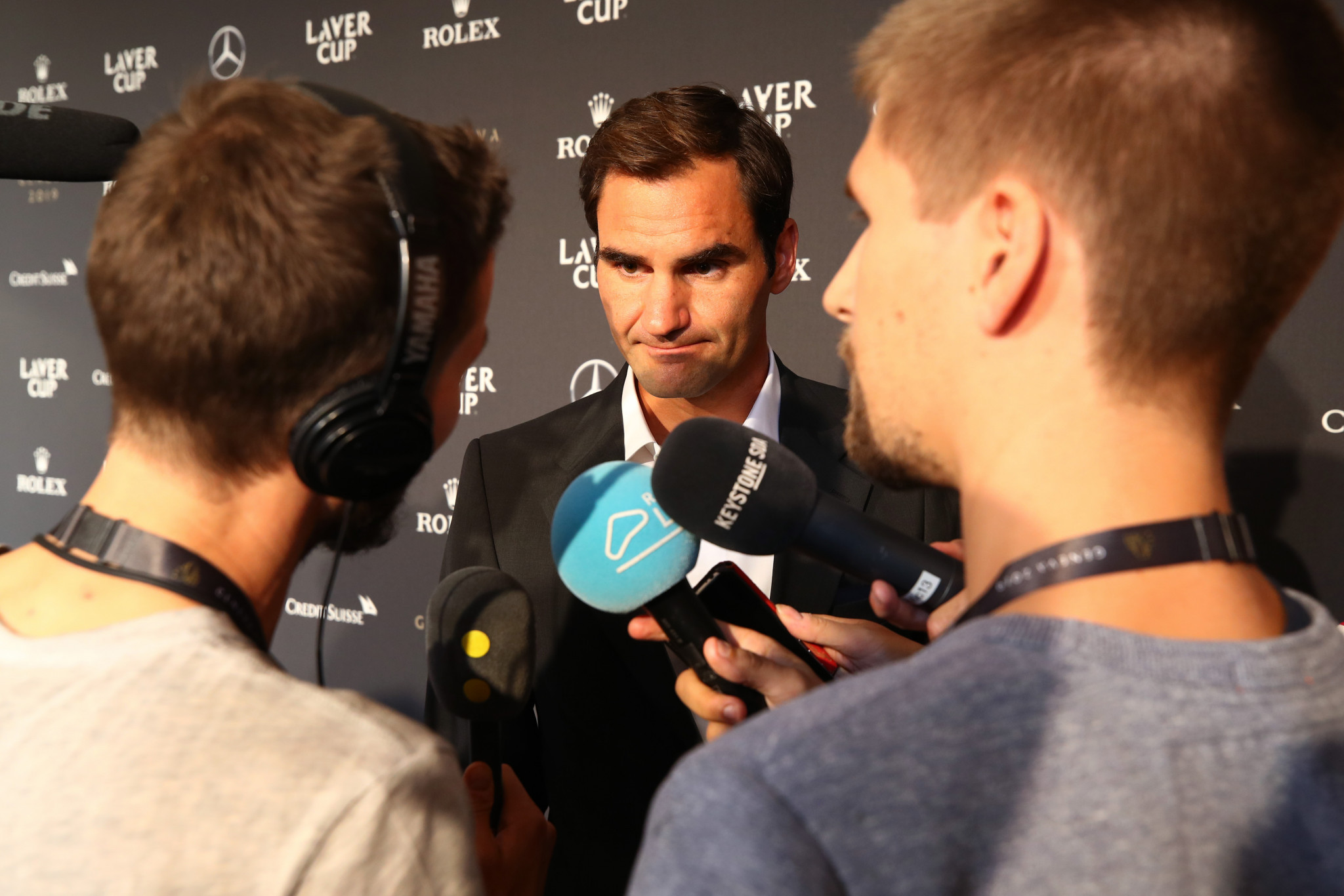 Roger Federer has planned his schedule up until next year's Wimbledon, but has not yet decided whether to compete at the Tokyo 2020 Games,

An Olympic singles gold is the only major title to have evaded the 38-year-old Swiss, who has a record of 20 individual grand slam wins.

But he was cautious about the prospect of Tokyo when asked about it in Geneva, ahead of the Laver Cup, sportingnews.com reported.

"I'm very excited about the prospect of maybe playing the Olympic Games, but I'm not quite sure yet," said Federer.

"My planning goes until Wimbledon next year which is a couple of weeks before the Olympics, so I guess I'm going to be deciding on the Olympic Games in the next few weeks, hopefully the next month or so.

"It's been such a special event for me over the years.

"Me and my wife in 2000 carrying the flag in Athens and Beijing [2008] for the Swiss Olympic delegation which was a huge dream come true.

"Winning doubles gold with Stan Wawrinka in Beijing, then getting the silver in London [2012], at Wimbledon.

"So for me, maybe to be part of it again would be great, especially after missing the last edition in Rio because of a knee injury.

"But I will just have to see how my family is doing, how my body is doing, and then if everything is green and I really feel it's the right thing to do, I'll play it.

"Otherwise I will skip it, but it would definitely be a nice challenge, I admit."

He was also questioned on clay-court play next year: "I have decided for myself, but must think about when I announce it."

Federer played the clay-court season for the first time since 2016 this year, reaching the semi-finals of the French Open, where he lost to eventual champion Rafael Nadal.