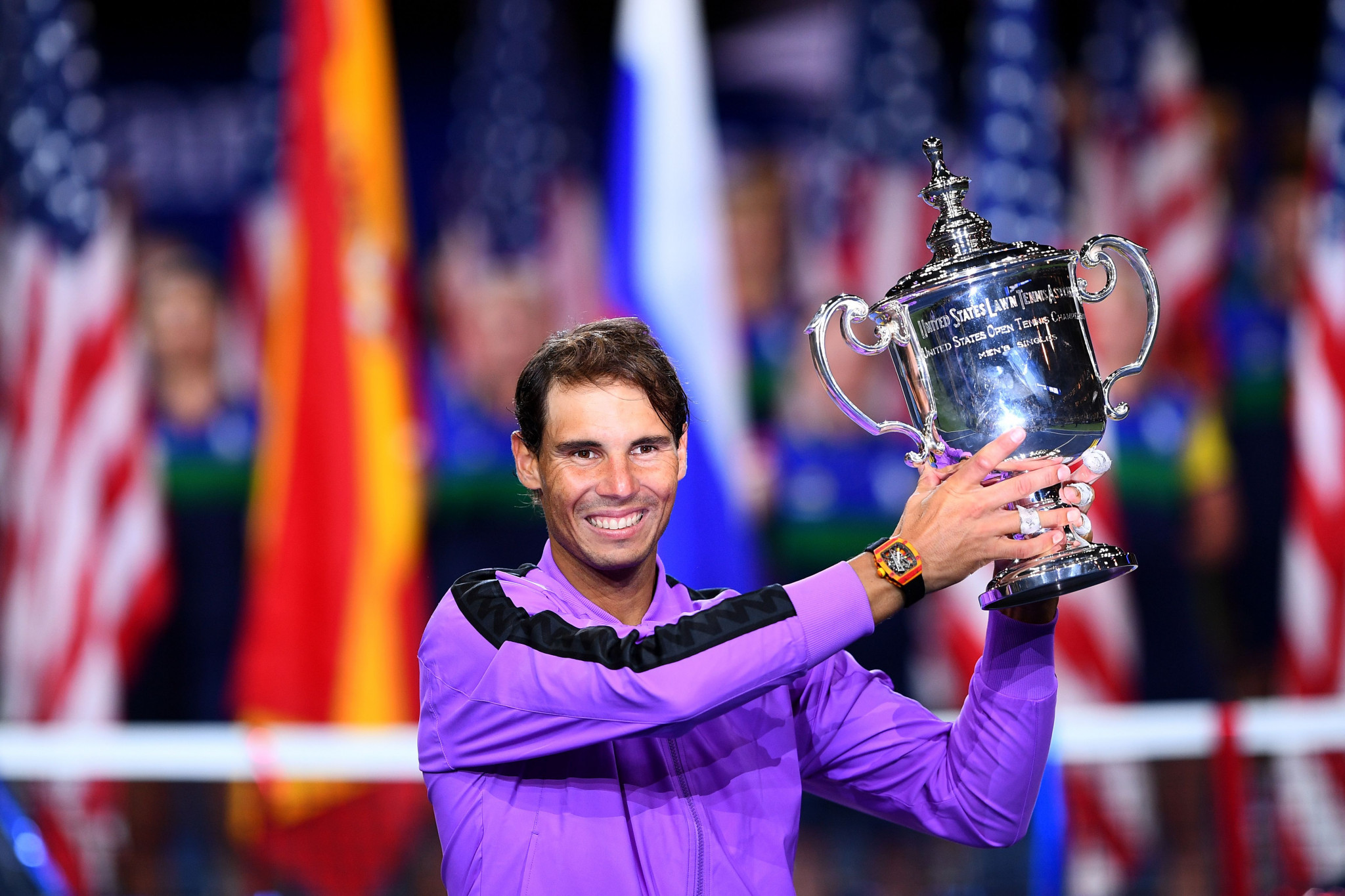 Rafael Nadal won his fourth US Open title after holding off the comeback of Russia's Daniil Medvedev in a superb five-set final at Flushing Meadows.

His victory means he is closing in on the all-time record 20 Grand Slams held by Swiss rival Roger Federer.

Thirty-three-year-old Nadal looked to be cruising against his Russian opponent who has taken on the role of tournament villain in New York.

The second seed was two sets and a break up but Medvedev, seeded fifth and playing in his first Grand Slam final, battled back in fine style.

Nadal was stunned and faced three break points in his opening service game of the final set, but after saving them all he somehow found a way to shift the momentum back in his favour.

Nearly 24,000 people packed into watch and created a super-charged atmosphere which added to the occasion.

"It has been one of the most emotional nights in my tennis career," Nadal said.

"It has been an amazing final.

"It has been a crazy match.

"It seems that I had, more or less, the match under control."

Twenty-three-year-old Medvedev had been booed during previous rounds after angering the Flushing Meadows crowd with his behaviour.

This included snatching a towel from a ball person, throwing his racket and flashing his middle finger against Spain's Feliciano Lopez in round three.

He celebrated his fourth-round win over German Dominik Köpfer by standing in the middle of the court with his arms outstretched to be greeted by jeers.

The Russian was the form player heading into the tournament, however, having won the Cincinnati Masters, and heard fans chanting his name this time.

"The way you are playing is a big joke," Medvedev said to Nadal.

"It's very tough to play against you.

"I just want to congratulate Rafa, a 19th Grand Slam title is something unbelievable, outrageous."

The women's doubles final was also contested today with Elise Mertens of Belgium and Aryna Sabalenka of Belarus defeating Ashleigh Barty of Australia and Victoria Azarenka of Belarus 7-5, 7-5.