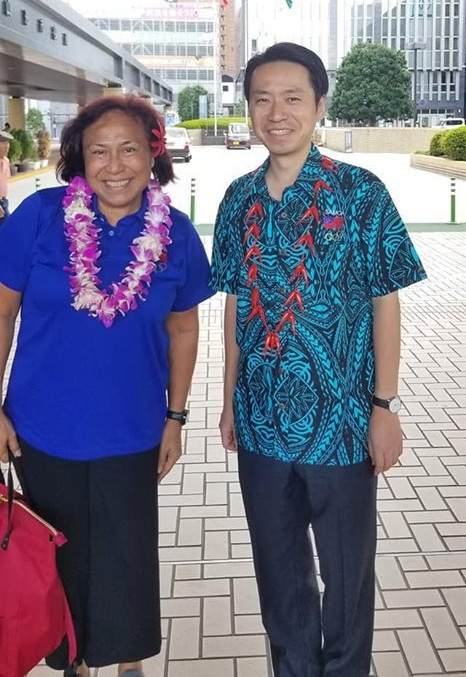 Samoa's athletes will be hosted by Yamagata City in their build up for next year's Olympic Games in Tokyo, it has been announced.

A delegation from Samoa, which included the country's judo team were greeted by Sato.

A team of four judoka are enjoying a two-week stay in the Japanese city through an arrangement organised by Sila-Tualaulelei.

Yamagata is the capital city of Yamagata Prefecture located in the Tōhoku region of northern Japan, nearly 400 kilometres from Tokyo.

The city is is famous for its spectacular spring cherry blossoms.

"We applaud our Ambassador, whose hard work, tenacity and persistence over these past years has established, built and nurtured this relationship to the level where it is at and will continue to flourish into the future," the Samoa Association of Sports and National Olympic Committee said in a statement.

"We, in sports, are the lucky ones who will benefit from the affection and generosity of the beautiful Yamagata City and her people.

"We take this opportunity to wish our judo athletes much success in their training."

Samoa made its debut in the Olympic Games at Los Angeles 1984 and have competed in every Summer edition since.

Their only medal came at Beijing 2008 when weightlifter Ele Opeloge won a silver in the women's over-75 kilograms category.

Samoa sent a team of eight athletes competing in five sports to Rio 2016.