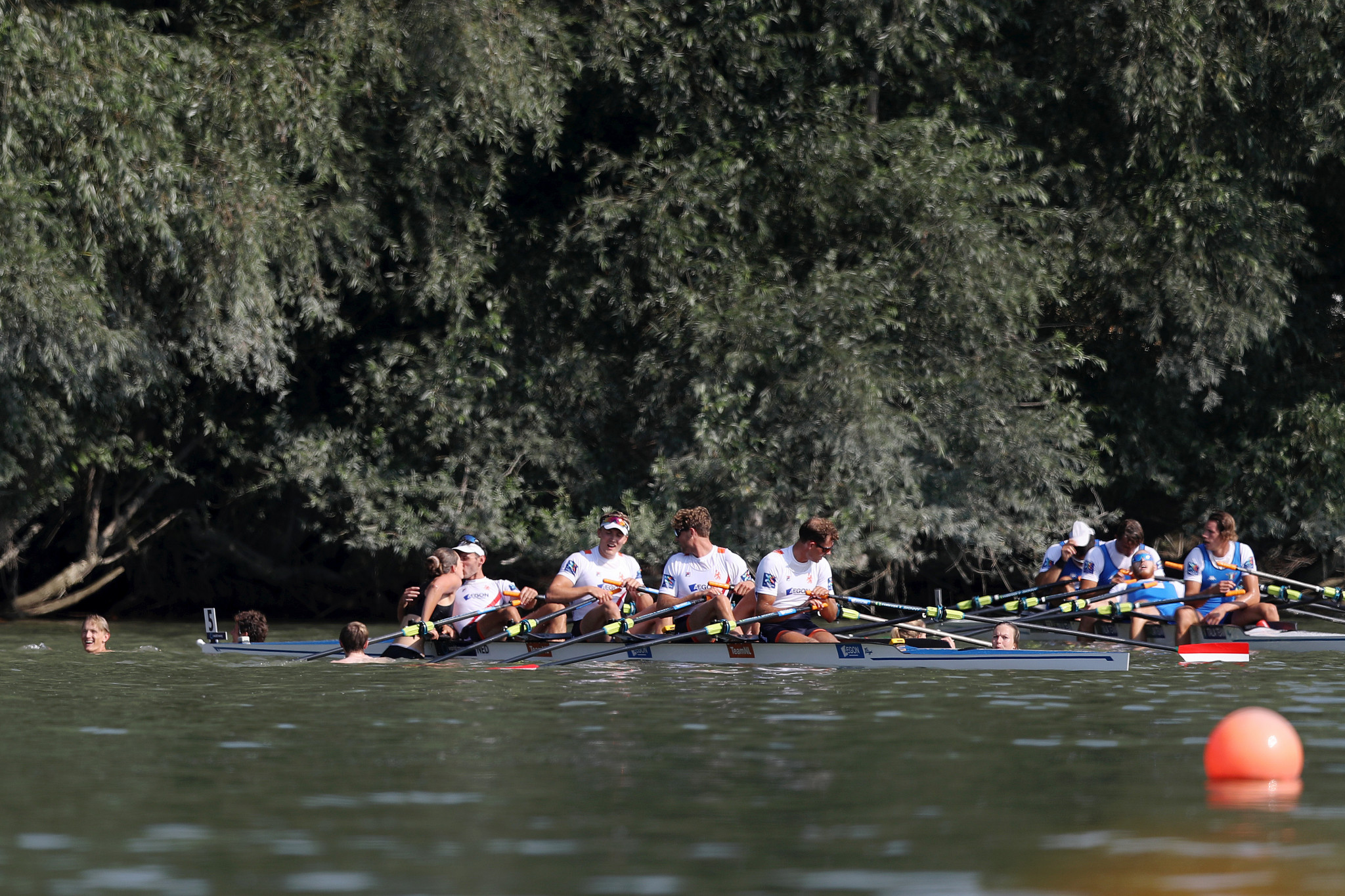 Poland sprung a huge surprise as they overcame a strong field to clinch gold in the men's four race at the World Rowing Championships in Austria.

Australia, who fielded two of the crew which won the world title last year, finished last.

"Throughout the race we were sticking to our race plan and it worked.

"We made a great comeback.

"The end was really tough and we just wanted the race to be over."

Silver went to the Netherlands in 6:45.550, with Denmark a further two seconds adrift in third.

In the women's pair, New Zealand's Grace Prendergast and Kerri Gowler upgraded their silver medal from the 2018 World Championships to gold.

Prendergast and Gowler crossed the line in 7:21.350 to beat Australia's Annabelle McIntyre and Jessica Morrison, who had to settle for silver in 7:23.620.

Croatian brothers Valent and Martin Sinković defied their difficult year, which has included injuries and illness, to retain their men's pair title in a time of 6:42.280.

Michael Brake and Thomas Murray of New Zealand were nearly three seconds behind in the silver medal position, while Australia's Sam Hardy and Joshua Hicks came through to take bronze.

Poland were dethroned as world champions in the women's quadruple sculls, beaten by China.

The Chinese crew crossed the line in 6:34.650, less than two seconds in front of the Polish silver medallists.

Poland narrowly ousted the Netherlands, consigned to third in 6:36.620.

It was a similar story in the men's quadruple sculls, as Italy were unable to retain their title.

New Zealand won another gold medal thanks to Zoe McBride and Jackie Kiddle, who caused an upset in the lightweight women's double sculls, sealing gold in 7:15.320.

Paul O'Donovan of Ireland clinched his second straight gold, this time with a different partner, in the lightweight men's double sculls.

O'Donovan, this year partnered with Fintan McCarthy, retained his title in 6:37.280.

The Irish pair were pushed close by Italy's Stefano Oppo and Pietro Ruta, who were edged into silver.