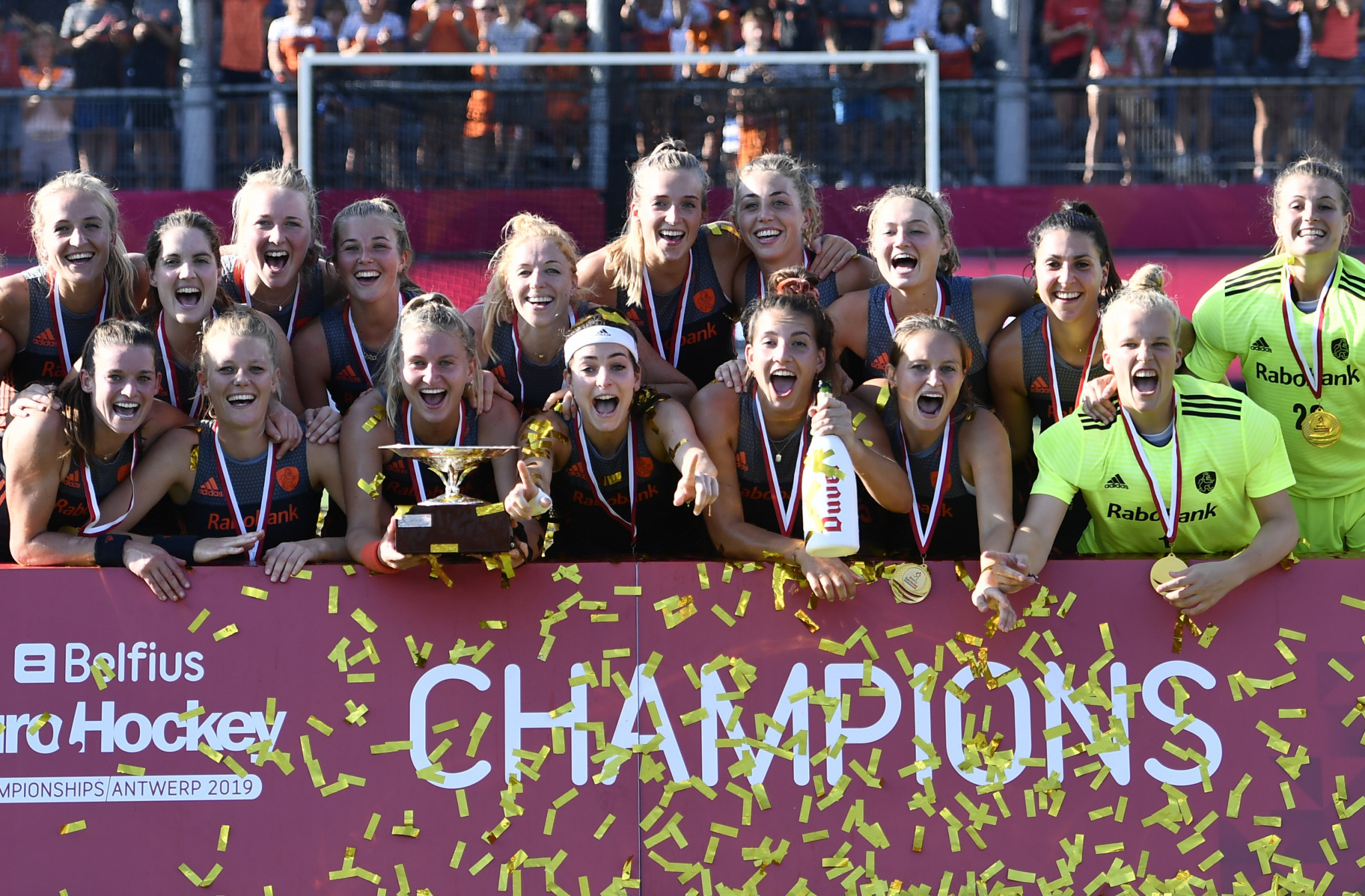 The Netherlands have qualified for the Tokyo 2020 Olympic Games after winning the Women's EuroHockey Nations Championship in Antwerp.

Kelly Jonker and Lidewij Welten both got on the scoresheet at the Wilrijkse Plein, with the Dutch side defeating Germany 2-0.

"It was a fantastic tournament, well organised by everyone," said Netherlands coach Alyson Annan.

"It was a real pleasure to play on this platform so we are really happy.”

They triumphed 3-2 after drawing 1-1 with England in normal time.

The Netherlands will join Argentina, Japan and South Africa in Tokyo, with all three teams already qualified.

Russia and Belarus were both relegated from the Women's EuroHockey Nations Championship, having finished seventh and eighth.